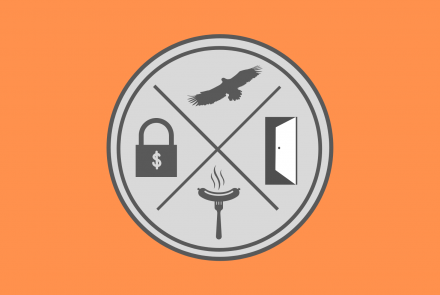 On this episode of Democracy Sausage, Peter Martin and Marija Taflaga join Mark Kenny to discuss religion, politics, and the upcoming federal budget.

Should national leaders leave their faith ‘at the door’ when making decisions while in office, or is it more important that those leaders articulate how their faith influences their decision-making? What role has religious identity played in Australian politics in contemporary history? And how does the Australian Government plan to achieve its unemployment targets? On this episode of Democracy Sausage, pod regulars Peter Martin and Dr Marija Taflaga join Professor Mark Kenny to discuss religion, identity politics, and the federal budget. Listen here.

Peter Martin AM is a Visiting Fellow at Crawford School of Public Policy at The Australian National University (ANU) and the Business and Economy Editor of The Conversation.

Marija Taflaga is Director of ANU Centre for the Study of Australian Politics and a lecturer in the ANU School of Politics and International Relations. Her major research is on political parties and particularly the Liberal Party of Australia.

Democracy Sausage with Mark Kenny is available on Apple Podcasts, Spotify, Google Podcasts*, or wherever you get your podcasts. We’d love to hear your feedback for this podcast series! Send in your questions, comments, or suggestions for future episodes to podcast@policyforum.net. You can also Tweet us @APPSPolicyForum or join us on the Facebook group.*