Home » News and events » All stories » Learning from Indigenous knowledge 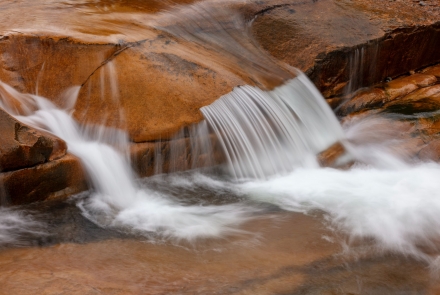 Photo by zhu wei on Unsplash

Australia’s current water framework, the National Water Initiative (NWI), has not and cannot support Aboriginal approaches, as long as it avoids recognising Aboriginal interests, rights, and responsibilities to water.

‘Living Waters, Law First’ is an Aboriginal water governance system that could revolutionise Australia’s relationship with water. The Research Committee of Walalakoo Aboriginal Corporation in the West Kimberley are developers of Living Waters, Law First and based the system on traditional water management techniques, emphasising a holistic approach to management of water. This means considering people, animals, plants, water, land, and the environment as an integrated whole.

The system is based on two key principles. The first is revitalising and respecting ‘First Law’ –  that is, the Law that pre-dates Australian law. First Law is also called ‘Indigenous customary Law’. First Law comes from Country and from the Nyikina nation’s Bookarrarra, also known as ‘the dreaming’. An example of First Law in action can be seen in ‘Warloongarriy Law’, the river law, and ‘Wunan,’ a system of regional governance, sharing, trade, and ceremony in the Kimberley.

The second principle is building reciprocal relationships with ‘Living Waters’. Living Water is an Aboriginal English term used in many regions which conceptualises bodies of water as living beings. For example, on Nyikina Country, ‘Oongkoor’ are the permanent waters inhabited by spiritual living beings or water snakes; these are Living Waters.

Yoongoorrookoo, for instance, is a living ancestral being who formed and remains in the Martuwarra (Fitzroy River). Martuwarra remains the source of identity and energy which sustains harmony and balance through spirituality and the deep relationship of Indigenous people’s ongoing guardianship of Country.

Despite ongoing Aboriginal water innovation, the Australian Government is lagging behind. The Productivity Commission recognises that the NWI is inadequate because it fails Indigenous Peoples. It recommended that the national framework be updated, and Indigenous Peoples have long advocated for change. An NWI refresh is an opportunity to reimagine water governance in Australia.

Questions remain though: can the system that continues to dispossess Indigenous Peoples of water be transformed? Could the NWI be updated to support Aboriginal governance frameworks?

Our research compares the Living Waters, Law First and the NWI to see if their approaches aligned, to identify gaps, and to explore these questions.

For a start, the findings provided further evidence that the approaches were fundamentally different. For example, the NWI views water as a mere resource, whereas under First Law water has a spirit.

Traditional Owners have long asserted their responsibilities and authority to look after Country, and the research notes that the NWI implicitly assumes that the Australian Government has the decision-making authority for water.

This highlights the need to think deeply about what would need to change for ‘co-governance’ – that is, shared decision-making that respects First Peoples’ inherent rights as custodians of the land.

Until Australia can start to integrate land, water, people, and the environment, it will always be in a deficit model of water planning, governance, and regulation.

The current NWI refresh is an opportunity for change that must not be missed and Living Waters, Law First offers a pathway forward. It is a pathway that offers unity in water leadership, governance, management, and collaboration through an ethic of care and love for living waters.

Supporting Indigenous Peoples’ water governance frameworks such as Living Waters, Law First can fundamentally change the way Australians relate to water, and be a step forward for Indigenous Peoples, biodiversity, climate and water justice, and the government must embrace it.