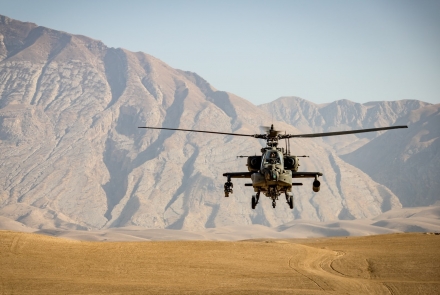 Withdrawal from Afghanistan and the ghosts of Vietnam

Dr Sue Thompson is Lecturer and Graduate Convenor at the National Security College.

The Vietnam War analogy has appeared once again as the United States withdraws it forces from Afghanistan – Dr Sue Thompson explores how this might affect future American foreign policy.

Recent scenes from Kabul airport of desperate people trying to escape the Taliban takeover has resulted in parallels being drawn with the scenes in Saigon on 29-30 April 1975, when the United States undertook a massive evacuation operation by helicopter.

One image, shot by Dutch photographer Hubert Van Es, which shows evacuees climbing aboard a helicopter poised to lift off from the roof of the Central Intelligence Agency (CIA) station in Saigon, spread across the world. In the war’s aftermath, it became a symbol of the withdrawal from what was then America’s longest war.

The war in Vietnam has been a lasting analogy for American foreign policy since the United States withdrew the last of its few remaining troops in 1975. From August 1964 to January 1973, over 3.4 million American armed forces personnel were deployed to Southeast Asia.

The war cost over 58,000 American lives and billions of dollars. It had a major impact on the political career of President Lyndon Johnson, who refused to stand for re-election in 1968, and it impacted the career of President Richard Nixon who, in the face of rising opposition, promised an ‘honourable’ end to the war. Finally, it deeply divided the American public, especially as television footage of the war was broadcast daily into American living rooms.

While American combat troops were first sent to South Vietnam in 1965, the United States had been on the sidelines of conflict in Vietnam since the end of the Second World War. The United States largely funded a French war effort against the Viet Minh, a national front organisation who had been fighting for an independent Vietnam.

United States involvement in Vietnam was part of an overall strategy to contain the spread of communist influence in Southeast Asia. For the Americans, their focus was the global Cold War. The Viet Minh and their southern counterparts, the National Liberation Front, were fighting for a unified Vietnam ruled by the communist government in Hanoi.

The loss for the Vietnamese was immense. Estimates suggest up to 500,000 South Vietnamese civilians were killed between 1965 and 1975, and approximately 1.5 million refugees left Vietnam.

Military casualties among the Viet Minh and the National Liberation Front are also estimated to be up to 500,000. More bombs were dropped on Vietnam than during the whole of World War Two.

In the wider world, the United States’ war in Vietnam was also controversial. NATO allies refused to support the war effort, the British Government distanced itself from American policy, and the French Government of Charles de Gaulle was openly critical. The economic cost of the war also contributed to growing American deficits and rising inflation.

Ever since in the United States, successive administrations have sought to avoid future Vietnam-type wars. Congress had also passed the War Powers Resolution in 1973 designed to limit the president’s ability to commit forces to conflicts without Congressional support.

In this sense, the so-called ‘Vietnam syndrome’ played a significant role in subsequent American foreign policy. No occupant of the White House was willing to suffer the political fallout that plagued President Johnson in the 1960s and President Nixon in the 1970s.

While the nation certainly did not retreat into a ‘fortress America’ after 1975, the sending of hundreds of thousands of combat troops overseas was not contemplated.

However, this changed after the end of the Cold War, starting with the 1991 Gulf War, and continuing with the 2001 global war on terrorism, military intervention in Afghanistan, and the 2003 invasion of Iraq.

At the end of the 1991 Gulf War, then President George H W Bush told the world that the United States had ‘kicked the Vietnam syndrome once and for all’.

While United States casualties in the first Gulf War were low, this was not the case for Afghanistan and Iraq, and American administrations denounced any suggestions there were parallels with Vietnam.

Regardless of whether Afghanistan could be compared to Vietnam, the analogies continued and now, once again, the ghosts of Vietnam have come back to haunt American politics. The question remains whether the ‘Vietnam syndrome’ will reappear in future foreign policy decisions.