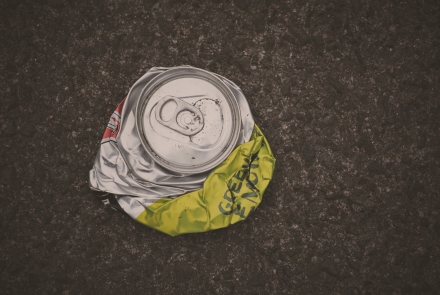 Photo by Wolfgang Rottmann on Unsplash

With the United Nations climate conference in Glasgow starting next week, the Australian Government faces a decision that can no longer be kicked down the road, Professor Warwick McKibbin and Professor Frank Jotzo write.

The world is moving towards net-zero carbon emissions. As a fossil fuel-based economy, one of Australia’s traditional sources of national income is under threat. But there is no place to hide. And with sensible policies emissions Australia can achieve large cuts in emissions and position itself for economic success in a low-carbon world economy.

The Australian Government is correct in arguing that Australia’s emissions have fallen since 2005. However, this fall in emissions has primarily been due to lower accounted emissions from land-use, land-use change, and forestry in earlier years. All other emissions sources combined have increased since 2005. There is much international pressure on Australia to take on a stronger 2030 target.

The federal government advocates a ‘technology-focused approach’ to emissions reductions. The goal is to lower prices for some low-emission technologies. But very little effective climate policy is in place, and this is a missed opportunity.

In a new paper recently published by the Centre for Economic Policy Research in London, we argue that Australia has substantial opportunities to achieve emissions reductions that could be achieved through even moderate policy efforts.

Moving to net-zero emission by 2050 in Australia will require a refocusing of the climate policy framework. The political narrative on climate policy has to date been focused on fears of economic costs and job losses. The Australian economy’s real economic issue is not the potential impacts of domestic emissions reduction policies. Instead, it is the fact that Australia relies significantly on exports of fossil fuels and fossil-fuel intensive goods, making Australia’s exports vulnerable to other countries’ emissions reductions policies.

The implication is that as a vital component of national climate policy, Australia should implement policies to minimise the structural adjustment costs that will inevitably be faced as the world moves towards net-zero emissions by 2050. These costs are likely to be disproportionately borne by fossil fuel-intensive sectors and communities that rely heavily on fossil fuel production. The policy should also maximise new export opportunities, whether in low-emissions commodities and zero-carbon energy, agricultural products, or services.

What is needed is a policy mix that includes credible carbon pricing to encourage all Australian households and corporations to change their carbon use in production and consumption as part of a broader portfolio of policies.

Such a pricing scheme could evolve from the existing ‘safeguards mechanism’, by setting benchmarks at meaningful levels, evolving it into a baseline-and-credit mechanism, and expanding it.

An alternative or complementary option would be to establish the Climate Asset and Liability Mechanism (CALM) outlined by the Academy of Social Sciences in Australia.

The intervention is performed by the climate bank issuing additional carbon certificates that can only satisfy current-year emissions. These certificates are sufficient to eliminate short-term price volatility in the carbon market along the transition path to a net-zero target by 2050. This approach is similar to how monetary policy operates in many countries. A central bank fixes the short-term cost of money (the interest rate) but allows the long-term interest rate to be determined in the bond market.

In the context of the safeguards mechanism, this would mean allowing industrial emitters to use CALM permits to fulfill their obligations. The advantage of this approach is that households and firms are also allocated CALM assets that they trade in a market with firms that create carbon emission liabilities. The CALM system allows compensation to households and firms if energy prices rise and creates a sizeable political constituency that supports the continuation of the carbon pricing policy.

Other necessary policy elements include public investment to support and accelerate the transition of the electricity grid to 100 per cent renewables, including widespread decentralisation of electricity generation; and a mixture of innovation support along with targeted regulatory standards and incentives in specific sectors and activities including transport, buildings, some industrial activities, and agriculture. By and large, there are neither incentives nor minimum standards in place for most greenhouse gas emitting activities in any of these areas of Australia’s economy.

These policies would usefully be complemented by a green infrastructure program to stimulate demand and raise productivity in the medium term, funded by issuing long-term government bonds at historically low interest rates.

As argued by the International Monetary Fund, infrastructure investment would provide a demand stimulus over the next decade to offset the adjustment costs due to structural change in the economy. Well-targeted infrastructure investment could generate a private sector productivity stimulus in future decades to offset the economic costs from emissions reductions programs.

It is also essential to establish a community-focused structural adjustment fund that would enable disproportionately impacted communities to adapt to the reality of the global transition to net-zero emissions by 2050. A crucial part of this structural adjustment support should focus on policies to remove the impediments to and support the emergence of new export industries taking the place of coal and gas exports, which could be located in the same communities negatively impacted by the carbon transition.

And once Australia has a net-zero target is in place, a national long-term emissions strategy is needed to guide policy and investment decisions. Such a strategy needs to be designed in a dialogue between the major groups in Australian society rather than prepared by the government behind closed doors.  Importantly, the policy to be taken to Glasgow should have bipartisan support.

The Australian economy has a lot to gain from getting the portfolio of climate policies right and adjusting rapidly to its new comparative advantage in a zero-carbon world. The Australian people have a lot to lose if the government gets it wrong.

This piece was first published by the Australian Financial Review.