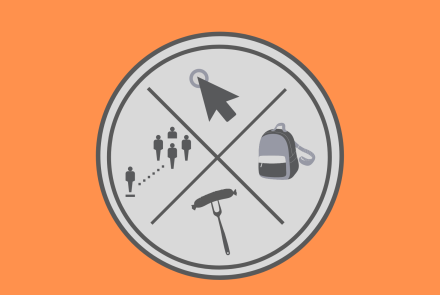 Democracy Sausage: On your marks…

On the 200th episode of Democracy Sausage, recorded live at The Australian National University, youth advocate Yasmin Poole, journalist Ross Solly, and political scientist Marija Taflaga join Mark Kenny to discuss the first week of the election campaign and what it means for Australia.

How important are election campaigns, really? What surprises may emerge from women and young people voting? And should journalists be asking ‘gotcha’ questions, or should they ‘just Google it?’ Youth advocate and Plan International’s National Ambassador Yasmin Poole, journalist Ross Solly, and political scientist Dr Marija Taflaga join Professor Mark Kenny in front of a live audience at The Australian National University to discuss the first week of the election campaign. Listen here.

Yasmin Poole is a public speaker, board director and youth advocate. Yasmin is currently Plan International’s National Ambassador and advocate for girls’ rights to be recognised around the world.

Ross Solly is an experienced journalist and broadcaster, having spent 20 years with the Australian Broadcasting Corporation. In his time at the ABC, he was a breakfast radio presenter, political journalist and sports editor.

Marija Taflaga is the Director of ANU Centre for the Study of Australian Politics and a Lecturer in the ANU School of Politics and International Relations.