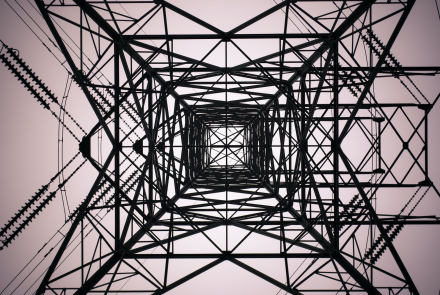 Photo by Shane Rounce on Unsplash

Dr Thang Nam Do is a research fellow at the Grand Challenge Program on Zero Carbon Energy for Asia Pacific, The Australian National University.

However, achieving emissions mitigation in developing countries is challenging. Given their growth trajectory, these countries’ demand for energy – and in turn, emissions – will continue to increase. The transition these economies will need to undergo to lower their emissions, even as their energy demand soars, will involve solving com­plex problems that are often beyond their capacity.

Our new study provides insights into challenges of environmental protection in developing countries, using Vietnam as a case study.

The study assesses Vietnam’s situation, and shows that balancing environmental protection with economic development in developing countries is easier said than done.

For example, people often support measures to reduce greenhouse gas emissions and improve local air quality, such as halting the construction of new coal power plants. On the other hand, proposals that mention increased energy prices associated with measures can face resistance.

Nothing comes for free, especially for countries with fewer resources, and energy transition is no exception – although it is worth it.

The transformation of the global economy to achieve net zero emissions by 2050 will require an addition of about $3.5 trillion in annual average spending on physical assets.

This is before opportunity costs – or the price of missing out on what these resources could have been used for if they weren’t tied up in transition. For example, the foregone benefits of having resources allocated to other infrastructure, like building hospitals and schools or upgrading transport systems, stack up over time.

Dilemmas over how to allocate limited resources to competing priorities like these are not easy to handle, especially in developing countries where these resources are less abundant.

Of course, energy transition will ultimately generate social benefits in many cases. However, these benefits are often less tangible than the costs – and therefore difficult to justify to the public.

That said, if governments stress how emissions reduction policies will develop the country’s domestic economic fortunes, they seem to gain more political support. Underlining the community health benefits may also help their popularity.

Given this, activists and politicians should focus on the ways that emissions reduction can lower human health costs and save money by preventing local pollution, among its other socioeconomic benefits. This may better con­vince the public, and eventually governments, to allocate more resources to emissions mitigation.

As well as arguing for the importance of minimising the damage caused by climate change, they must make the case to their governments to build up their renewable energy industries to help them save on energy costs in the long term.

Ultimately, the clock is ticking, and emissions reduction targets are unlikely to be met without the strong cooperation of developing countries. While this will carry a cost, policymakers both within and from outside the developing world must make the case for a rapid transition as compelling as possible, and secure the resources these countries need to execute it.