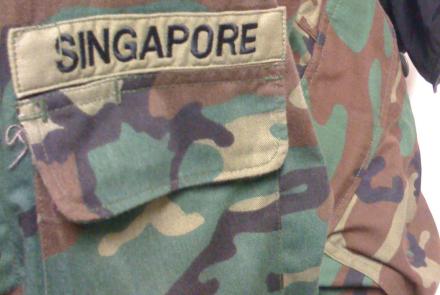 A majority of Singaporean born males with migrant parents are not becoming citizens of Singapore, because they want to avoid compulsory military service, an expert says.

National Service in Singapore requires all male Singaporean citizens and first-generation permanent residents who have reached the age of 18, to complete two years in Singapore’s armed, police or civilian defence forces.

They are then on call as reservists until the age of 45.

Dr Lee said it was too high a price for them to pay.

“Because they are full of ambition, giving up two years of life for the military is a waste of time, from their point of view,” he said. “It’s quite natural for young men, to think, ‘why give up your whole life, to defend Singapore?’ when they don’t feel attached to it.”

According to Singapore’s Department of Statistics, Ministry of Manpower, there are 3.81 million permanent residents living in Singapore, compared with 1.46 million non-residents. Foreign workers make up about 40 per cent of the total population.

By refusing to take part in compulsory military service, native born residents of migrant parents are ineligible to apply for Singaporean citizenship. They also forego permanent residence in their country of birth.

“They can still come to Singapore, for a holiday or to work or study, but they need a visa,” Dr Lee added.

He added that the trend didn’t appear to be affecting the number of personnel available to the military, but it was causing tension among local residents of the same age.

The two-day Malaysia and Singapore Update 2013 wrapped up on Thursday.

This article originally appeared on the ANU College of Asia and the Pacific website.