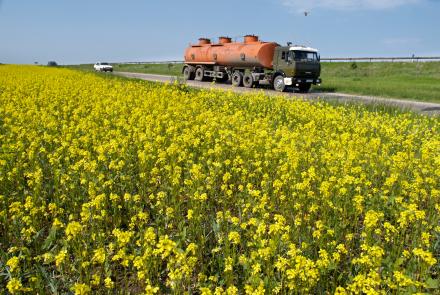 The next great transformation
Will the world’s leaders rise to the challenge?

Subsidies for biofuels intended to help the environment may be increasing fossil fuel extraction and adding to carbon emissions, according to new Crawford School research.

The researchers describe it as a ‘green paradox’ because a key justification for subsidising biofuels is that they generate lower carbon emissions than fossil fuels at the time of consumption.

A green paradox occurs when policies intended to protect the environment instead create negative environmental outcomes.

Professor Quentin Grafton, Professor Tom Kompas and Dr Hang To of Crawford School of Public Policy at The Australian National University, working with a colleague from McGill University, studied US energy data over a 25-year period.

Their work will be published in an upcoming issue of Energy Policy and Professor Grafton will present on the subject at the ANU Energy Update on Thursday 5 December.

Their work shows that biofuel subsidies that raise US biofuels production provide an added incentive for fossil fuel producers to increase their current rates of extraction that could increase carbon emissions.

Professor Grafton, Executive Director of the Australian National Institute of Public Policy (ANIPP) at Crawford School, said that the research found that subsidising biofuels in the US has been counter-productive for the environment.

“Subsidies for biofuels which many may think would be good for the environment, in the sense that biofuels generate less carbon emissions than fossil fuels, could in fact lead to higher rates of fossil fuel extractions.

“As biofuel subsidies go up, fossil fuel extraction responds by also increasing. So, you can end up with even higher carbon emissions in the short- to medium-turn, that’s the paradox,” he said.

Professor Grafton said the very large biofuel subsidies in the US have had a perverse outcome for the environment.
“It’s likely that the US fossil fuel producers have increased their rates of oil extraction to such an extent that carbon emissions have increased in the United States as a result of biofuels subsidies,” he said.

He added that even though the research focused on the US, there are policy lessons for other countries, including Australia.

“When we make decisions about subsidising biofuels we need to look very carefully at the costs and benefits,” he said.

“Why would we want to generate an outcome that makes the environment worse off and does so at very considerable costs to taxpayers?” he said.