Home » News and events » All stories » Food for thought 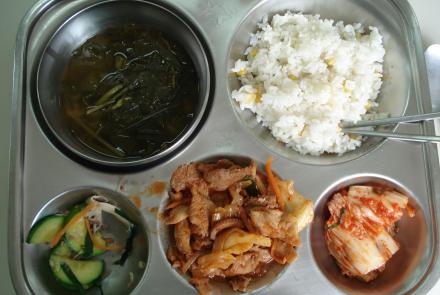 Asia and the Pacific Policy Studies is the flagship journal of Crawford School of Public Policy at The Australian National University. It is a peer-reviewed journal that targets research in policy studies in Australia, Asia and the Pacific, across a discipline focus that includes economics, political science, governance, development and the environment.

Education is a basic human right, yet for too many children in developing countries it is completely out of reach.

In Cambodia, a country devastated by the systematic murder of educators during the 1975-79 rule of the Khmer Rouge, rebuilding the education system has been a monumental task.

Two researchers from Stockholm University, Maria Perrotta Berlin and Maria Cheung, analysed data from six Cambodian provinces between 1999 and 2003, and analysed further follow up in 2009. Their research evaluated the impact of the World Food Program’s Food For Education Program to see how effective three different interventions were at getting children to school and encouraging them to stay.

Their research relied on data from the Ministry of Education, Youth and Sport, the Cambodian National Institute of Statistics, the World Food Program and other non-government organisations (NGOs).

Writing for Asia & the Pacific Policy Studies, they detail their findings, including the success of the school feeding and deworming packages.

“Cambodia is a really interesting case because it is so far behind other similar countries in the region. Although the government has shown strong commitment to improving the education situation, there hasn’t been a real improvement,” Perrotta Berlin said.

“The history of the country is part of the reason that education in Cambodia is so interesting. From other experiences with Communist regimes, they were very invested in education; it was viewed as an equalising force, whereas the Khmer Rouge killed educated people. Education was viewed as being ‘bad’ and maybe that belief is still held by some people today.

“Feeding programs are very cost-effective so we were not really surprised that it had a positive effect on school enrolments. It was also expected that the deworming campaign would have a big effect at a small cost.”

Perrotta Berlin said because of the wide range of factors that influence school enrolment and attendance there is more research that needs to be done.

“We sought data from the Ministry and the NGOs involved, so we only talked to the institutional actors. We would like to follow up further as there are some unresolved questions in the study, questions that it is quite important to answer,” she said.

“One specific question we have now is why, with the education subsidies with the provision of food in schools, richer families were more responsive? We need to investigate further what is preventing the poorer families from sending their children to school.”

Perrotta Berlin said the results of this research showed feeding programs were effective in boosting school enrolments and could have similar impact in other countries.

“The program is quite effective so I don’t see why it couldn’t also be effective in other countries,” she said.

To access the full article visit Asia and the Pacific Policy Studies, a peer-reviewed, multi-disciplinary journal based at Crawford School. It is published by Wiley Blackwell, with all contributions made freely available without restriction. https://asiaandthepacificpolicystudies.crawford.anu.edu.au/about-apps-jo...