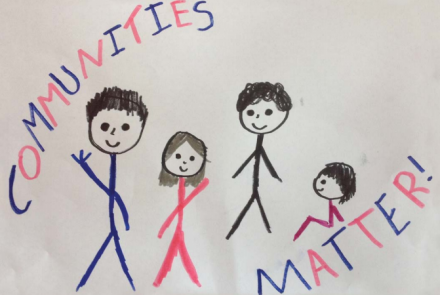 Excessive use of alcohol, aggressive drivers and the threat of violence make children feel unsafe in their communities, a landmark study from the Australian National University and University of Western Sydney has found.

The report – Putting the pieces in place: Children, communities and social capital in Australia – is based on research with more than 100 children aged between 8 and 12 in six communities in eastern Australia.

It found safety was an important issue for children and was most acute for those living in disadvantaged areas, where children were less likely to feel safe in their neighbourhoods.

But it found the use and abuse of alcohol was the single issue highlighted consistently by children as the issue that made them feel unsafe.

“For many of the children, experiences of adult aggression and violence associated with alcohol and cars posed an on-going threat to their sense of security and everyday safety,” said Dr Sharon Bessell from the ANU Crawford School of Public Policy, who led the research with Emeritus Professor Jan Mason of University of Western Sydney.

“The children were acutely aware that adults become highly unpredictable when drunk, and this made them feel vulnerable.

“These feelings of vulnerability were particularly acute at disadvantaged sites where the majority of children had witnessed drunken behaviour in public places.”

The study examined what children thought about their communities and what the children would like to change.

The findings paint the most detailed picture yet of how decisions taken by adults impact the lives and feelings of the youngest members of the community.

Other issues highlighted by the children include:

• The importance of a good physical environment including proper footpaths and areas free of litter, alcohol and cigarette smoke;

• Feeling disconnected from the adults in their communities because of long working hours and financial pressures on parents;

• ‘Adult solutions’ are not always solutions for children. An example was the provision of children’s rooms in many clubs and venues. A significant proportion of children found these rooms boring and exclusionary, something to be endured while the adults had fun.

The project was funded by an Australian Research Council Linkage Grant and carried out in collaboration with The Benevolent Society and NAPCAN (The National Association for Prevention of Child Abuse and Neglect).

The research will be presented at the International symposium on children and communities in Australia at the ANU Crawford School on 13-14 March. The report will be launched at the symposium by Megan Mitchell, the National Children’s Commissioner.

A copy of the full report is available at: cpc.anu.edu.au