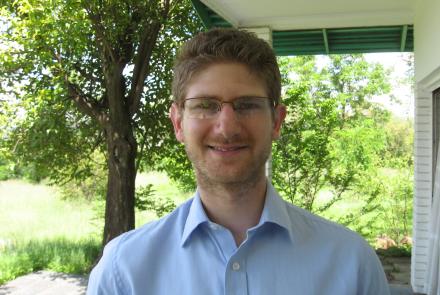 While others may daydream about a sea-change, Michael Wulfsohn imagined moving to a developing country so that he could make a positive contribution.

And now, with a Master of International and Development Economics from Crawford School under his belt, Michael has found himself living his dream in Lesotho, a landlocked country surrounded by South Africa.

“I want to learn how things work in a developing country - both from a day-to-day perspective as well as from a broader economic and political point of view - so that I can make a positive contribution,” he said.

As an economist in the research department of the Central Bank of Lesotho he will be involved in policy and research, modelling, forecasting and database management.

Michael originally worked as an Actuary within a consulting firm, advising Australian institutional investors on the composition of their portfolios.

After setting his sights on working in international development he chose to study at Crawford because of its world-class reputation for policy-orientated education in development economics.

By studying at Asia and the Pacific’s leading public policy school, Michael had the opportunity to learn from world-leading policy experts in Canberra, the heart of Australia’s public policy development.

“Crawford exceeded my expectations. What I didn’t expect was firstly the number and quality of public lectures held at Crawford and ANU, and the calibre of the speakers.”

Secondly, Michael said he didn’t expect to make so many close friends.

“I now have friends all over the world. I feel like the friendships I made are highly valuable not only personally but professionally.

“Since I am looking for a career in international development, and given the high proportion of international students at Crawford, I believe the opportunity to study with such people was quite professionally valuable for me.”