Home » News and events » All stories » Crisis may trigger transition 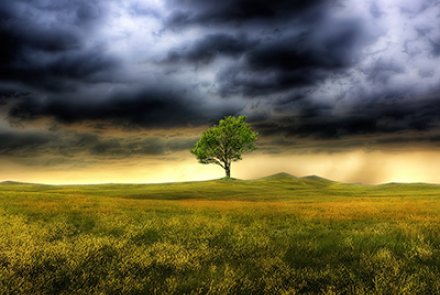 Mining, minerals and firmer foundations for the future
The UN push to decouple mineral resource use from economic growth.

The election of Donald Trump to the US Presidency could enable the creative destruction needed for the transition to a more sustainable, equitable, and prosperous world, write Robert Costanza, Lorenzo Fioramonti, Maja Göpel, Ida Kubiszewski, Hunter Lovins, Dirk Philipsen, and Stewart Wallis.

Donald Trump’s rise to the White House has shocked many around the world, especially now that controversial decisions are being taken on immigration, climate change, education, environment, and energy policy. It represents a massive regression to parochial governance: the America he wants to make ‘great’ again seems not only one that privileges male rights over female rights, as seen with his decree on abortion, but through a cabinet stacked with billionaires, also an America that gives greater say to corporate interests.

As difficult as it is to understand how and why so many working Americans saw a saviour in arguably the most self-centred capitalist ever to run for high office in the US, it is nevertheless necessary to acknowledge the range of very real and legitimate grievances underlying this popular expression of discontent. Official statistics rarely represent them adequately. The primary focus on GDP growth — inherited from Reagan but intensified by Clinton, Bush and Obama — does not serve working people well. Not only does it damage the environment, thus destroying livelihoods for many, but it also fuels inequality. Piketty’s research shows that, over the last 30 years, the growth in incomes of the bottom 50 per cent has been virtually zero, whereas incomes of the top 1 per cent have grown 300 per cent. Meanwhile, jobs have become ever more precarious and provide ever fewer rewards.

Despite his rhetoric, Trump neither understands these underlying problems nor does he have any discernible desire or ability to address them. On the contrary, he has surrounded himself with fellow billionaires and their lackeys, ready to further exacerbate the problems that their supporters voted them in to solve. More on this:trump-silent-majority-1800 Trump Presidency: The anti-establishment era? And yet, perhaps there is a silver lining. Reaching political rock bottom is waking people up. While Trump has barely begun swinging his right-wing wrecking ball, some four to five million people marched in over 500 locations across the US and the world. It was the largest political protest in American history, with progressive people from many backgrounds coming together to voice a loud, and increasingly well-organised, “no” to all that Trump’s administration represents. Mobilisations continue, not only in the US but across the world, with other countries, from Canada to Europe, Africa, and UN institutions openly condemning his policies.

Both the remarkable creativity of the protesters and their staunch dedication to a future devoid of discrimination, exclusion, and destruction invite us to dream (and organise) bigger. To get ready to address climate change and inequality on a deeper, structural level. To revitalise democracy. To re-think work and security and the value of life. To get beyond our blind pursuit of GDP growth at all costs. To overcome the false conflicts between economic justice and identity politics. To build an economy that provides wellbeing to all — people and species — rather than to just a few.

We are not talking utopia here. We are talking cold, hard realism. Utopia is to believe that this unsustainable and inequitable approach to development can continue forever. Building a more democratic society and a sustainable economy is not fiction; it is the only available reality. As Paul Raskin said: “Business-as-usual is a utopian fantasy – forging a new social vision is a pragmatic necessity.”

Dramatic change often happens when a ‘tipping point’ is reached, when a confluence of multiple factors reaches a point of no return. Humanity is currently in a race against several tipping points. The first is the climate change. Increasingly, the science suggests that our Earth systems are being disrupted at a rate much faster than foreseen. We are also losing land, access to fresh water, forests, coral reefs, and species — all at vastly unsustainable rates. The world is overpopulated, overfertilised, and overpolluted. Biodiversity is in freefall. These are contributing to a coming biophysical tipping point that, quite simply, poses an existential risk to humanity.

But, this is by no means the whole story. Innovations and solutions can reverse destruction and decline. What is missing, above all, is the political will to apply them at scale. Thus, Trump may be a blessing in disguise. As the escalating crisis becomes both clear and stark, it may raise to a new level the already existing good work of millions of people across the world. It is an opportunity — perhaps the best yet — to bring people together and collectively push for a shift toward a future that is sustainable, prosperous, and equitable. When leadership at the top fails us, we have no other option than to become leaders ourselves.

What are the signs of possibility and hope? They are all around us. In no particular order, below are some of the developments that can expand to the tipping point to an economy that promotes wellbeing for all, rather than riches for a few.

The first is communication. We can now communicate in real time with essentially everyone in the world. This empowers millions of people at virtually no cost and makes social organising easier than ever before. Peer-to-peer has become a reality, whether in sharing information, data, software, goods, services, car rides, accommodation, or political strategies.

Second, is renewable energy. Solar, wind and other new sources allow for a decentralised system of production and consumption, which promises to turn households into ‘energy independent’ nodes of a global network. Costs per kilowatt-hour are now below fossil fuels, despite the $10 million a minute in subsidies that fossil energy still enjoys. Studies reveal that advanced economies could transition to 100 per cent renewable energy in as little as 20 years while helping poorer countries to avoid the toxic addiction to fossil fuels in their development trajectories. While jobs are being lost in the fossil fuel industry, they are on the rise in renewable energies: the US solar sector employs 77 per cent more people than coal mining, creating employment opportunities 12 times as fast as the job creation of the economy as a whole. By 2015, China, alone, had created 3.5 million renewable energy jobs. In 2016, renewable energy employment was growing at 5 per cent a year globally.

Which leads to climate change. Despite regular attempts to obscure the facts by deniers, we have reached a level of scientific consensus on the man-made alteration of global temperatures that is informing not only global debate (for example, by introducing terms such as the ‘anthropocene’ and by adopting the UN Sustainable Development Goals), but also the behaviour of a number of businesses around the world, which are now focusing on protecting natural capital and ecosystems as well as denying insurance to companies that are not ecologically minded. Movements to divest from fossil fuel companies and ‘claim the sky’ are growing rapidly.

At the same time, we are witnessing the rise of local government. As central authorities keep failing their citizens, more states, regions and cities are taking the lead. In the US, states and localities from Vermont to California have defied Washington by adopting ambitious plans for sustainability. Smart villages adopting new technologies and off-the-grid solutions are mushrooming in Asia and Africa. In October 2015, California committed to double the rate of energy efficiency and generate half of the state’s electricity from renewable sources by 2030 as part of its pledge to cut carbon by 40 per cent below 1990 levels. Nine New England states have joined California in requiring carmakers to shift to zero-emission vehicles. New York has launched an energy plan that allows residents to produce and share their own energy through peer-to-peer mechanisms such as the ‘blockchain’.

Economic and social innovations are also increasing exponentially. Hundreds of thousands of people around the world are rethinking the economy by introducing alternative currencies, most of them in digital format, following the explosion of BitCoin and the blockchain process on which it is based. In Germany, the network Regiogeld (regional money) unites a number of towns and states in the world’s largest network of community currencies. The idea of a basic income for all, which seemed impossible just a couple of years ago, is now being experimented with from Finland to India – and others, like Italy, are on record to follow soon.

Lastly, regenerative agriculture, pioneered in Africa, South America and South Asia, has seen new organic approaches to farming hold the promise of producing sufficient food for all, while using methods that restore ecosystems and capture carbon.

The world finds itself in a tug of war, simultaneously pulling in the direction of conflict, depletion, inequality, and destruction, and in the direction of shared prosperity, sustainability and unprecedented opportunity. With Trump, the conflict team just received a major jolt of energy. But the members of the sustainability team, steadily growing, learning from previous mistakes and building on growing successes, are a long way from giving in.

In a very real sense, we are still addicted to the growth at all costs, inequitable economic model. The eventual meltdown of Trump may be just the crisis needed to open the door for the great transition to the sustainable, equitable, and prosperous world that the vast majority of humanity wants. The world is ready with that vision when the door opens.