National security: between theory and practice 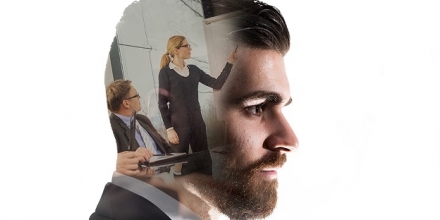 The world is currently experiencing a major sea-change in international order, with an unprecedented transfer of wealth and power from West to East. The reshaping of military-security affairs, economic arrangements and institutional/normative frameworks in our region and beyond will have significant knock-on effects for the ways in which actors gather intelligence, form partnerships and interact with one another in the security landscape. At the same time, states are beginning to make extensive use of new techniques aided by processes of globalisation, from active cyber security measures to information wars. And the threat posed by non-state actors, already a leading challenge for liberal democracies, is intensifying, with considerable impacts on how states calibrate their counterterrorism policies.

Join the National Security College in collaboration with the Australian Institute of International Affairs for a panel discussion chaired by Melissa Conley Tyler, the Institute’s National Executive Director, with special guest speaker Professor Michael L’Estrange, co-author of the 2017 Independent Intelligence Review and former Secretary of the Department of Foreign Affairs and Trade. On the panel representing the suite of contributors to the special edition will be Professor Rory Medcalf, Professor Andrew O’Neil, Associate Professor Matthew Sussex and Dr Adam Henschke.

Melissa Conley Tyler was appointed National Executive Director of the Australian Institute of International Affairs in 2006. She is a lawyer and specialist in conflict resolution, including negotiation, mediation and peace education. She was previously Program Manager of the International Conflict Resolution Centre at the University of Melbourne and Senior Fellow of Melbourne Law School. She has an international profile in conflict resolution including membership of the Editorial Board of Conflict Resolution Quarterly.

Michael L’Estrange AO was appointed as co-author of the 2017 Independent Intelligence Review to examine the environment in which the intelligence community operates, and how effectively it serves Australia’s national interests. He was appointed the inaugural Head of College of the National Security College at the Australian National University in December 2009, and served in that capacity until December 2014. Michael L’Estrange has also been a Director of Rio Tinto since September 2014, and is a former Secretary of the Department of Foreign Affairs and Trade.

Professor Rory Medcalf has been has been Head of the National Security College at the Australian National University since January 2015. He has more than two decades of experience across diplomacy, intelligence analysis, think tanks and journalism. He was the Director of the International Security Program at the Lowy Institute from 2007 to 2015. Prior to that, Professor Medcalf was a senior strategic analyst with the Office of National Assessments. His experience as an Australian diplomat included a posting to New Delhi, a secondment to the Japanese Ministry of Foreign Affairs, truce monitoring after the civil conflict in Bougainville and policy development on Asian security institutions.

Professor Andrew O’Neil is Dean (Research) and Professor of Political Science in the Griffith Business School. Prior to being appointed Dean in April 2016, he was Head of the School of Government and International Relations (2014-2016) and Director of the Griffith Asia Institute (2010-2014). Before coming to Griffith in 2010, Professor O’Neil was Associate Head (Research) in the Faculty of Social Sciences at Flinders University. Prior to entering academia he worked as a Commonwealth public servant with Australia’s Department of Defence.

Associate Professor Matthew Sussex is the Academic Director at the National Security College. and a Non-Resident Fellow at the Lowy Institute for International Policy. His research specialisations are centred around security studies, with a particular focus on Russia and Eurasia, and incorporate Australian foreign and security policy and great power competition in Asia and Europe.

Dr Adam Henschke is a Lecturer and Graduate Convenor at the ANU National Security College. His main research interests are in ethics and philosophy as they relate to national security, and he has published on military ethics, privacy, surveillance and emerging technologies. He is currently looking at issues that arise at the interface between cyber technologies, national security and ethics. Dr Henschke is an adjunct Research Fellow at the Centre for Applied Philosophy and Public Ethics at Charles Sturt University and is secretary of the Asia Pacific chapter of the International Society of Military Ethics. His sole-authored book, Ethics in the Age of Surveillance, has recently been published by Cambridge University Press.