Home » News and events » Events » China and the United States as aid donors: past and future trajectories

China and the United States as aid donors: past and future trajectories 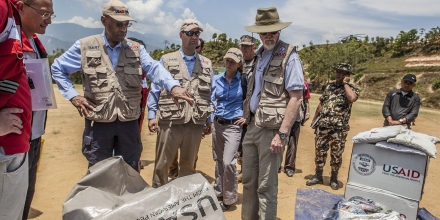 The United States and China have followed nearly parallel paths as providers of foreign aid over the past seven decades. Although both countries’ aid programs were ostensibly aimed at development, both also leveraged their aid programs to further their own national interests, using very different strategies.

The United States has largely provided foreign aid with the aim of stabilising the world order, favouring a patron-client relationship with recipient countries and using aid to promote economic and political liberalisation. China, on the other hand, has used its foreign aid program primarily to strengthen its position as a leader of the Global South, favouring a hands-off political approach and emphasising reciprocity and solidarity with aid recipients.

In this seminar, Professor Frank Bongiorno will launch and Dr Patrick Kilby will discuss his recent monograph for the East West Center on US and Chinese aid. In times of growing authoritarianism, as the Trump administration considers cutting foreign aid by one third, he argues that the US should carefully consider whether it will cede the ‘aid race’ to its political competitor.

Dr Patrick Kilby is a political scientist with the School of Archaeology and Anthropology in the College of Arts and Social Sciences, The Australian National University (ANU), and convener of the Master of Applied Anthropology and Participatory Development. He was an East West Center Visiting Fellow in Washington in 2017, and a Fulbright Senior Scholar in 2018.

Professor Frank Bongiorno is a professor at the School of History, College of Arts and Social Sciences, ANU. He has held lecturing positions at King’s College London (2007-11), the University of New England (2000-07) and Griffith University (1996), and also taught previously at ANU (1994).