Home » News and events » Events » Indian lobbying in the US

Indian lobbying in the US 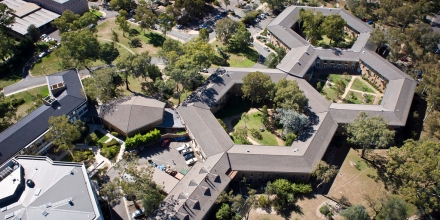 American policy towards India has shifted over time from neglect to attention. During the Cold War period, the American executive and Congressional attitude was often hostile and critical towards India. In the changed post-Cold War scenario, there has been a significant shift in the attitude of American policymakers, which has in turn paved the way for a robust US-India relationship. Today, the India-US relationship is witnessing an unprecedented convergence of interests and values reflected in a comprehensive and a robust strategic partnership. This reflects Washington’s changed notion of New Delhi in the present world order and indicates that the two countries are no more grounded in obsolete conflicts of interest.

Several factors and actors are responsible for this change. While the end of Cold War leading to changed international scenario, increasing strategic and economic importance of India are important factors, one of the significant contributors to this change is Indian lobbying in the US Congress.

Dr Ashok Sharma, the author of the book Indian Lobbying and its Influence in US Decision Making: Post-Cold War (New Delhi Sage Publication 2017), will speak on the role of Indian lobbying in turning the distinctly frosty American attitude towards India to one that has brought the world’s oldest and largest democracies to carve a defining partnership of the 21st century.
Dr Ashok Sharma is currently and Adjunct Faculty at The University of New South Wales Canberra at Australian Defence Force Academy. Prior to joining the UNSW ADFA, Dr Sharma was a Fellow of Australia-India Institute at the University of Melbourne, a Faculty in Politics and International Relations at the University Auckland, a Visiting Academic at the University of Waikato, and an Endeavour Post-Doctoral Fellow at Research School of Pacific and Asian Studies (RSPAS), The Australian National University in 2008.

Dr Sharma, an astute observer of India-US relations, is one of the leading experts on India-US geopolitics. Currently, he is working on his two forthcoming books tentatively titled The India-US Relations in the 21st Century and India’s Energy Security and Consequences for its Geopolitics.