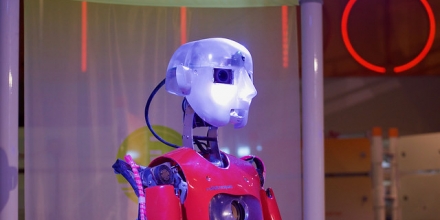 In a 2017 interview, Microsoft founder Bill Gates recommended taxing robots to slow the pace of automation. Funds raised could be used to retrain and financially support displaced workers. Up to 47 per cent of US jobs are at risk by advancements in artificial intelligence. Low-wage workers currently hold a majority of those at-risk jobs. Increased automation is likely to exacerbate income inequality.

While employment changes due to automation are not new, advances in artificial intelligence threaten many more jobs much more quickly than historic automation did. When considering how to tax job replacing robots, we should think about the broader purpose of a tax system. Taxes raise revenue, but for whom? The informal title of the most recent tax bill gives a clue: The Tax Cuts and Jobs Act (TCJA). The chairman of the House Ways and Means Committee, Paul Ryan, said the legislation was about “More jobs, fairer taxes, and bigger paychecks. Faster growth and real upward mobility. A strong economy that makes all of us stronger.” At least in terms of political rhetoric, the tax system serves people. Indeed, in the words of a scholar espousing the utilitarianism view of tax policy, “improving aggregate social welfare, as measured by the individual utility levels or happiness of the population, remains one important goal of tax policy.” British philosopher Jeremy Bentham is considered the father of utilitarianism. He was the first philosopher to define the ethics of utilitarianism, under which an action is deemed ethical if it promotes pleasure and diminishes pain. Economic growth has not been found to increase happiness. Increasing the wealth of the already wealthy will not increase happiness, although it might decrease happiness for the stagnating middle class who find themselves falling farther behind. British researcher Andrew Oswald finds (unsurprisingly) that unemployment diminishes happiness. Therefore, if the U.S. tax system exists to serve the American people, it should not lead to unemployment.

Roberta Mann is the Mr. & Mrs. L.L. Stewart Professor of Business Law at the University of Oregon School of Law, where she teaches courses on income tax, business entity tax, real estate tax, and tax policy. A cum laude graduate of the Arizona State University College of Law, Mann received her LLM in Taxation from Georgetown University Law Center with distinction. Her scholarship focuses on sustainability and energy topics ranging from carbon taxes to the water-energy nexus. She recently served as the only tax lawyer on a National Academy of Sciences study panel on the greenhouse gas impact of the Internal Revenue Code. Before beginning her teaching career, Mann served on the staff of the Joint Committee on Taxation and was a senior attorney at the Office of Chief Counsel, Internal Revenue Service. She is a member of the American College of Tax Counsel and serves on the American Bar Association Tax Section Council as Council Director.

A light lunch will be available from 12pm - 12.15pm, please register at the registration tab above.