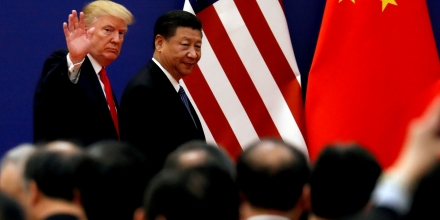 Auditorium, Australian Centre on China in the World, The ANU

The US-China relationship is in a state of sharp decline – and, as the confrontation between the world’s two largest economies risks intensifying into outright trade war, the stability of the global system is being shaken. The crisis risks uprooting global value chains and escalating into full-blown technological decoupling across the globe as the US and other western governments proceed to crack down on perceived foreign interference in industry and science. These economic frictions are coupled with the mounting deterioration of the security status quo in the Asia Pacific, as China’s growing military capabilities push back the perimeter of American influence in the region.

Join us in this public lecture to examine these developing trends and delve into the implications not only for China and the United States, but for Australia and America’s other partners in the region.

David M. Lampton is Professor Emeritus and former Hyman Professor and Director of SAIS-China and China Studies at the Johns Hopkins School of Advanced International Studies, having also served as Dean of Faculty from 2004-2012. Formerly President of the National Committee on United States-China Relations, he is the author of many books including, The Three Faces of Chinese Power: Might, Money, and Minds (University of California Press, 2008) and Following the Leader: Ruling China, from Deng Xiaoping to Xi Jinping (University of California Press, 2014).

Having received his doctorate from Stanford University, Professor Lampton went on to head the China Studies programs at the American Enterprise Institute and at The Nixon Center (now The Center for National Interest). He is an Honorary Senior Fellow of the American Studies Institute of the Chinese Academy of Social Sciences and was the inaugural winner of the Scalapino Prize in July 2010 awarded by the National Bureau of Asian Research and the Woodrow Wilson International Center for Scholars. He consults with government, business, foundations, and is on the board of several non-governmental and educational organizations, including the Executive Committee of the National Committee on US-China Relations.

All attendees are invited to join us in the atrium of the CIW auditorium from 5:15pm for drinks and light refreshments.

The event is co-hosted by the Asian Bureau of Economic Research at the Crawford School of Public Policy and the Australian Centre on China in the World.