Home » News and events » Events » Navigating the new: research and funding in the 21st century academy

Navigating the new: research and funding in the 21st century academy 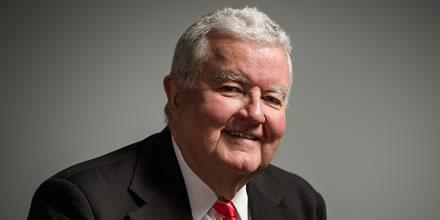 Chief Scientist Professor Ian Chubb argues that “Our science investment and policies are too heavily dependent on so-called ‘terminating program’ grants, funding offsets and sporadic commitments to infrastructure. And worse, they have suffered from a lack of coordination”. Few in the university would disagree with this statement, however the question remains ‘how can we, as academics and researchers, successfully navigate this constrained funding environment and how can we support those we manage to do the same?’. In this workshop, Professor Chubb provides an opportunity for researchers at all career stages to discuss these issues and how to go about carving out a successful researcher career within the 21st century academy.

Professor Chubb has also held research positions at the University of Wollongong, Flinders University and Oxford University. His research focused on the neurosciences and was supported by the National Health and Medical Research Council, the Australian Research Grants Scheme and by various Foundations.