PLEASE NOTE: THE VENUE FOR THIS EVENT HAS CHANGED.
Crawford School of Public Policy | Centre for Climate Economics and Policy 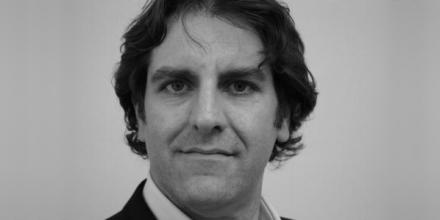 With the energy transition or Energiewende, the German government aims to deeply reduce carbon dioxide emissions by increasing renewable energy to 60 per cent of total energy supply by mid-century, and by drastically reducing total energy consumption.

Achieving these ambitious goals could have significant economic and social costs, and poses challenges for policy design and practical implementation. Germany’s support for renewables through long-term feed-in tariffs is effective, but not efficient. EU emissions trading scheme are not high enough to trigger fuel substitution. In energy efficiency, large gains were made since the early 1990s but in recent years annual improvements were at only half the rate required to achieve the targets. Germany’s industrial energy costs remain competitive and there is no structural shift away from energy-intensive industries. To succeed, the Energiewende will need clearer priorities and a hierarchy of the many separate goals.

Many of these issues are relevant to Australia’s efforts to reduce greenhouse gas emissions and transition in Australia’s energy system, and especially the current policy debate over renewable energy.

Professor Andreas Löschel holds a chair for Energy and Resource Economics at the University of Münster and is Director of the Centre of Applied Economic Research Münster (CAWM). He chairs the Energy Expert Commission of the German Government to monitor energy transformation. He served as Lead Author on the IPCC Fifth Assessment Report, was visiting scholar at MIT, Stanford, Tsinghua and ANU. Before his present appointment Professor Löschel was head department at the Centre for European Economic Research (ZEW) in Mannheim and Professor of Economics at the University of Heidelberg. He advised the European Commission, the European Parliament, the OECD, the World Bank and national ministries in Germany and the UK on environmental, energy and climate change issues. He has been ranked among the 25 most influential economists in Germany.

Professor Loeschel’s visit is arranged by the Centre for Climate Economics and Policy at Crawford School, with funding from the German government.
Presentation slides.