Home » News and events » Events » The National Electricity Market 20 years on: struggling with renewables or a national asset?

The National Electricity Market 20 years on: struggling with renewables or a national asset? 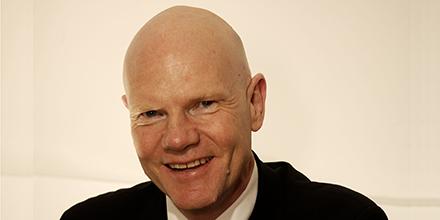 It is now 20 years since the legislation establishing the National Electricity Market (NEM) was passed in the South Australian Parliament, and it is legitimate to ask how has the NEM turned out and how is it placed to deal with current challenges.

Dr Don Russell was involved with the early moves that led to the NEM.

Now as the Chief Executive of the South Australian Department of State Development, Dr Russell has five ministers, one of whom is the Minister for Mineral Resources and Energy, and the NEM and how it operates, is of great importance to Dr Russell’s daily responsibilities.

This lecture attempts an assessment of the NEM 20 years on with a focus on the nation’s climate change objectives and the particular challenges faced by South Australia where renewable sources of energy already account for 41 per cent of electricity generation and where the objective is to take that proportion higher.

Dr Don Russell was appointed as Chief Executive of the South Australian Department of State Development on 1 July 2014. Prior to this, Dr Russell was the Secretary of the Department of Industry, Innovation, Climate Change, Science, Research and Tertiary Education.

Dr Russell’s previous appointments have included Independent Chairperson of NSW State Super; Global Investment Strategist at BNY Mellon Asset Management Australia; time at Sanford C Bernstein, a research and money management firm in New York; Principal Adviser to the Hon Paul Keating, both during his time as Treasurer and Prime Minister; and Australian Ambassador to the USA in Washington.

He has a PhD from the London School of Economics, a MEc from ANU and a BEc (Hons) (First) from Flinders University.