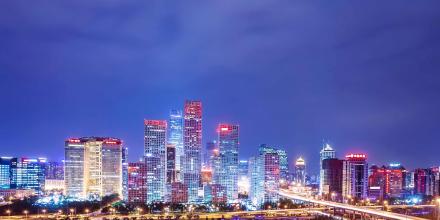 China’s change to a new model of growth, now called the ‘new normal’, was always going to be hard. Events over the past year show how hard it is. The attempts to moderate the extremes of high investment and low consumption, the correction of overcapacity in the heavy industries that were the mainstays of the old model of growth, the hauling in of the immense debt hangover from the fiscal and monetary expansion that pulled China out of the Great Crash of 2008 would all have been hard at any time. They are harder when changes in economic policy and structure coincide with stagnation in global trade and rising protectionist sentiment in developed countries, extraordinarily rapid demographic change and recognition of the urgency of easing the environmental damage from the old model. China’s economy has slowed and there are worries that the authorities will not be able to contain the slowdown within preferred limits.

This year’s Update explores the challenge of the slowdown in growth and the change in economic structure. Leading experts on China’s economy and environment review change within China’s new model of growth, and its interaction with ageing, environmental pressure, new patterns of urbanisation, and debt problems at different levels of government. It illuminates some new developments in China’s economy, including the transformational potential of internet banking, and the dynamics of financial market instability. China’s economic development since 1978 is full of exciting change, and this year’s China Update is again the way to know it as it is happening.

On Friday, 22 July 2016, the China Economy Program at Crawford School, in collaboration with the Rio Tinto–ANU China Partnership, will present the sixteenth China Update. At this annual event, leading academics, policymakers and government representatives discuss the latest research on the Chinese economy. Over the years, the China Update has cemented its status as Australia’s premier forum for in-depth discussion and analysis of the Chinese economy.