Home » News and events » Events » Democracy in Africa: past, present and future

Democracy in Africa: past, present and future 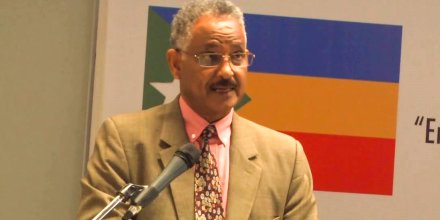 Africa has a rich history; old and diverse cultures; and abundant and varied natural resources. Yet, a large majority of Africans remain poor, disenfranchised and oppressed. For five and half centuries, the trajectory of Africa’s autonomous development was distorted by the intervention of nascent Europe: the slave trade, the colonial venture and the Cold War. A legacy of the colonial system, the prototype independent African state has failed to deliver freedom, democracy and prosperity, giving rise to a crisis of legitimacy and relevance.
Against this backdrop, this lecture will discuss the basic causes of the democratic deficit in Africa today and its prospects. The discourse will focus on the concept of self-determination as a political right of: one, a nation to independence; two, a people to a government of their choice; and three, diverse groups to autonomy in the management of their day-to-day affairs.

Ambassador Andebrhan Welde Giorgis is President of Eri-Platform, an international civic association promoting inclusive dialogue on vital national, regional and international issues impacting Eritrea and the Horn of Africa. He is also Senior Expert in the Global Governance Institute, founding board member of the European Centre for Electoral Support and Brand Ambassador of Wallonia, Belgium. He served as a university president, central bank governor, Member of Parliament, ambassador to the EU and seven EU Member States, Permanent Representative to UNESCO and IMO, Special Envoy to the African Great Lakes Region, and Commissioner for Coordination with the UN Mission in Eritrea and Ethiopia. He has published several articles and his recent book is Eritrea at a Crossroads: A Narrative of Triumph, Betrayal and Hope.