Home » News and events » All stories » Failure dressed up as success 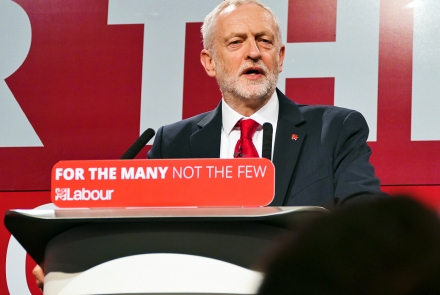 Failure dressed up as success

Doing good in the world of politics
Political ethics, Trump’s America, and the obligations of nation-states.

The UK election is yet another example of parties of the left treating losses as victories, Bob McMullan writes.

I am alarmed at signs in both the UK and Australia of a tendency to describe the British Labour Party’s election result as a success.

While the election result for Labour had many positive features their campaign must ultimately be judged as a failure rather than as a success. After all, they lost. Theresa May ran the worst campaign in living memory and yet she won 56 seats more than the Labour Party.

It is important to remember that May has been invited to form a government as the leader of the Party with the most seats (318) compared to Labour (262) and the remainder, excluding the Speaker and Sinn Fein, 62. It is true that Jeremy Corbyn deserves recognition for outperforming expectations. It is even possible that he has opened the way to a subsequent victory.

But it is always dangerous to celebrate losing. I distinctly remember the ALP doing it in 1998. We came from much further behind than our British counterparts did, we won more voter support than the Liberals. There was much to celebrate on the night.

But when we woke up in the morning we were still the opposition and our opponents were the government. In July 2016, Bill Shorten went much closer to winning than Jeremy Corbyn did in June 2017. Bill also confronted a Prime Minister running a three-word slogan campaign with nothing to back it up. If Jeremy Corbyn had won the same percentage of seats as Bill Shorten he would have won 299. Now, that would have been interesting!

According to the New Statesman, Jeremy Corbyn still requires a 3.6 per cent swing to win next time. In Australia, Bill Shorten only needs 1.4 per cent.

The fact that the British Labour Party was so far behind before the election started is not an autonomous variable, it was the result of an evolving perception of Jeremy Corbyn as a person who was not seen as an acceptable alternative prime Minister.

He may have gone a long way to changing that image during this election. Time will tell. There were certainly some things which Jeremy Corbyn did that are worth studying. We can all learn lessons from other campaigns.

I agree with Labour Senator Sam Dastyari’s assessment “standing for something will always beat standing for nothing.” I am not sure that this is a permanent truth for all campaigns everywhere, but it does catch the mood of the times.

It is reflected in the public responses to tax policy announcements at the last Australian election. From the time Bill Shorten announced he was going to amend negative gearing and capital gains tax, while Malcolm Turnbull announced that he was not going ahead with the GST changes, Bill Shorten’s approval ratings went up and Malcolm Turnbull’s went down.

All this is not to detract from the fact that Jeremy Corbyn and the Labour Party outperformed everybody’s expectations and generated enthusiasm amongst university students and other young voters. But it is meant to serve as a salutary warning. Parties of the left have a bad habit of celebrating glorious losses.

I prefer to celebrate victories.

This article was first published by the Canberra Times.