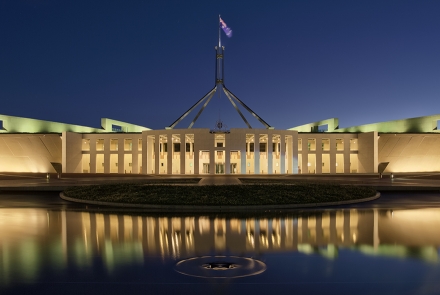 Failure dressed up as success
The UK election should not be seen as a win for Corbyn.

The case for a referendum to extend the terms of government in Australia from three years to four is overwhelming. The real question is how to ensure the referendum succeeds, Bob McMullan writes.

It is just over 30 years since I made a speech as National Secretary of the Australian Labor Party, which was one of the catalysts for the debate which led up to the unsuccessful referendum on the matter of four-year terms for the House of Representatives in 1988.

My views have not changed over the intervening years.

In these times of the 24-hour media cycle, it is not in the interests of good government for parties to always see themselves on the cusp of an election.

In these times of apparent disillusionment with the “politics as usual” model, it is important to enable big ideas to be developed, discussed and digested between elections. In 1986, when I made the original speech, we were in the middle of a three-year term. The Hawke government was then taking on difficult economic decisions against a background of the run-up to the next election, even though the last election had just been fought and won.

In my view, there is no doubt that Australia would be better governed with a four-year term. As a Minister, it takes some time to develop priorities within a new portfolio. Three years, or the Australian average of two and a half years, is too short a time to implement those priorities.

The case for governments as a whole is even stronger. Tax changes, for example, take a long time to legislate, and then a long time to implement. The impact is rarely felt within three years.

The difficulty of managing a legislative timetable and a political timetable is exacerbated by the splintering composition of the Senate. This will continue to make legislating major changes difficult and time-consuming.

This adds up to an even stronger case than the one I articulated in 1996. The difficulty is in the question of winning a constitutional majority for such a proposal.

The current adversarial climate makes the chances of a bipartisan approach very difficult to imagine. We may have a window of opportunity at the moment. Our unfortunate history of failed referendum campaigns suggests that even a minor party opposing any proposal makes success extremely unlikely.

It would be unwise to bet against opportunistic opposition from someone like Senator Bernardi, who could be expected to see an opportunity for national relevance if both the major parties were supporting such a proposal.

So, why is it worth even trying?

First and foremost, it has the potential to improve the quality of governance in the country.

Secondly, in an environment in which voters are crying out for serious discussion across the political divide, it is an opportunity to show some leadership and to be, and to be seen to be, bipartisan.

Thirdly, if we give up before we even try to change the constitution, then there is no hope for serious reform in this country.

There are some second order but nevertheless important ancillary questions associated with a four-year term.

Primarily, what do we do about the Senate? My view is that there is no need for the double House term for the Senate; we could have the whole Senate come out every four years. But I am not dogmatic about this. Should a majority prefer eight-year terms for Senators I would have no problem with that. It has not caused a problem in those Australian states where this system of two four-year terms applies in the Upper House. In the event of an equivalent term for the House and the Senate, there is a need to consider the deadlock solving provisions.

However, there are plenty of options here. We could go straight to a joint-sitting without an election, or we could have a special election for the House and the Senate as we do now.

Either would be satisfactory, as the outcome would be determined in accordance with the wishes of the voters at the most recent opportunity.

The case for change is overwhelming.

The only issue is whether it is worth the campaign effort and expenditure if history tells us that the chances of success are not strong.

I hold the view that it is always worth taking up difficult arguments to attempt to improve the governance of the country.

Of course, some people will attempt to reduce the argument to simplistic banalities; some have already started.

But political leadership is about taking people to where they need to go, rather than where they initially might want to go.

This is where Australia needs to go. Do we have the political leadership to take us there? We will soon find out.