Home » News and events » All stories » Miranda Stewart to step down 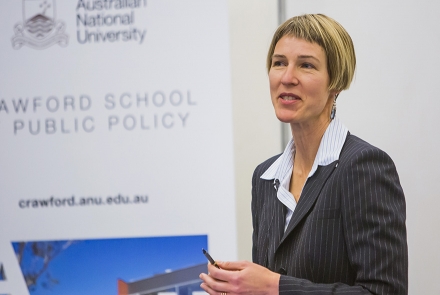 Miranda Stewart to step down

Professor Stewart will leave the role at the end of December, with Professor Robert Breunig taking over the Directorship.

Since joining ANU in February 2014, Professor Stewart has established and led TTPI to become a leading centre for the study of tax and transfer public policy. In addition to establishing the Institute as a strong source of research and events, she also created the popular Austaxpolicy blog, which publishes regular analysis of tax issues affecting policymakers, and has been a prolific commentator in the Australian media.

“Miranda has worked tirelessly to create an innovative and dynamic institute which has firmly established itself in the tax and transfer policy landscape,” she said.

“She has led the Institute through its crucial first period of growth, delivering outstanding research, education, events and public impact, and strengthening important partnerships with the Australian Tax Office and other agencies.

“This work has made a significant contribution to policy thinking and formulation in an area of increasing importance to the region.

“The achievements of TTPI have been made possible by Miranda’s expertise, commitment, and dedication. I, and the rest of the Crawford School community, offer my sincere thanks for her work and wish her all the very best for the future.”

Although Professor Stewart will return to the University of Melbourne, she will continue to retain a connection with TTPI and Crawford School, ensuring a smooth transition and continuing her supervisory and teaching work at Crawford.

Professor Breunig, who has had a long involvement with the Institute, will take over its Directorship from January 2018. Professor John Hewson will continue in his role as Chair.