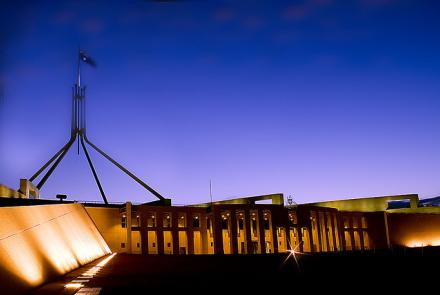 Focusing on the whole
Why we should consider ourselves a nation first and a federation second.

The reform of Australia’s federation is under review, with a White Paper process currently underway. In this piece previewing Thursday’s Renewing Australian Federalism event the Director of the Tax and Transfer Policy Institute at Crawford School Professor Miranda Stewart considers what reform issues should be foremost.

Australia is a country that benefits from great political and legal stability. We are, in 2014, one of the older and most stable federations in the world. Our short written Constitution, famously amended only eight times following successful referendums, still stands in the language of more than a century ago. To be honest, this can make debates about the federation seem pretty dull, and talk of changing how it all works seem unachievable.

But it would be wrong to assume that the law and norms that establish how we fund and run government are unchanged. In fact, Australia as a country, and the way we are governed has changed radically from the world of the Constitutional founders.

That change has taken place mostly without Constitutional amendment, and in response to changing popular demands for equality, welfare and redistribution, and changing economic circumstances globally and nationally.

The White Paper terms of reference announced by Prime Minister Tony Abbott are wide-reaching, carefully reasoned and cover all the bases. They were generated in consultation with the States and Territories.

At bottom, the mood of the federal government, as well as the global and economic realities that Australia is facing in coming decades, are about cost. There are some important implications for all Australians in the White Paper terms of reference and most of them come down to your money - that is, to taxing, spending and democratic accountability for public provision by all levels of government.

First, taxes. The White Paper states the blunt challenge of “how to address the issue of State governments raising insufficient revenues from their own sources to finance their spending responsibilities”. While this implies that vertical fiscal imbalance is new, it has been an issue for most of the last century.

Our biggest and most effective taxes, the GST and income tax, are federal and should apply nationally - for efficiency and social equality reasons. State and local governments are much better placed to levy land taxes, royalties on resource production, user fees and charges for services and activities in each state. It is often considered that accountability and spending follow taxing powers.

But does this really mean we should hand the power to tax - and to compete down the rates and base - to the states, for our biggest national taxes?

Second, what about inequalities between states, in terms of taxing capacity and cost of government? Currently, the GST is distributed to State and Territory governments according to a horizontal fiscal equalisation formula applied by the Commonwealth Grants Commission. The formula works on a national average of revenue and spending for State and Territory governments, based on the last three years. At present, New South Wales, Victoria and Western Australia are contributing to support South Australia, the Northern Territory and Tasmania.

That means that Western Australia gets less as it comes off the mining boom - but in the early boom years, it got a larger amount. Prime Minister Tony Abbott has stated that if HFE is to be re-examined, the smaller states would need to be protected and this should be negotiated between the larger - or wealthier - states.

The formula in general terms aims to support equality in opportunity through provision of public goods for people across Australia, while not leading to a free ride in which some State or Territory governments do not tax enough, and also spend their funds poorly.

Third, the White Paper terms of reference emphasise removing “duplication” in government. Just because the Commonwealth government is best placed to raise taxes nationally does not mean it should be in charge of all spending. The Commonwealth is good at making payments to individuals: the social security system. Australians think this is important: we put this into the Constitution, in s 51(xxiii) and expanded Commonwealth powers in 1946, in a successful referendum (s 51(xxiiiA)).

But the Commonwealth is much less good at service delivery. There is increasing impatience with the proliferation of responsibilities between State, Territory and the Commonwealth governments across areas as diverse as mental health, education, age care, welfare interventions and environmental policy. We can find better ways to ensure that State governments, and the cities and localities in their domain, which are good at public goods and service delivery, can do that. We also need to learn to distinguish between “Commonwealth” policy and “national” policy.

Should we go down the path of Canada and not have a federal department of education at all? It would help if the Commonwealth government could restrain itself from saying or doing things on, say, chaplains, or corporal punishment in schools - neither of which is a Commonwealth function.

More fundamentally, we need to be careful that the debate about who has power to spend, or about duplication, does not obscure the question about how governments best deliver public goods and programs to individual citizens.

This Forum aims to start the Conversation about renewing our federation. It brings together diverse perspectives from politics, law, economics and social policy to debate the key issues, with a focus on fiscal and democratic accountability issues, and on the hot topic of education.

We hope it will provoke some thoughts on how we can pursue federal reform to support both sustainable financing for government and a good society for all Australians in future.

Are you interested in studying with Miranda Stewart? She teaches Public Finance (POGO8048).

The Renewing Australian Federalism event will take place at Crawford School on Thursday 2 October. To register for the event: https://crawford.anu.edu.au/events/4661/renewing-australian-federalism-s...

This piece was originally published in The Conversation.