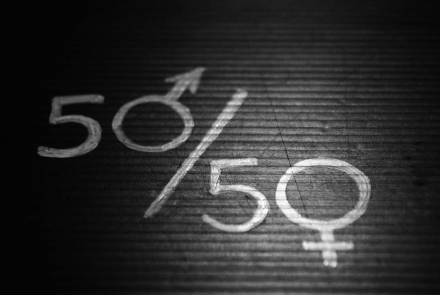 Professor Helen Sullivan is the Director of Crawford School of Public Policy.

In December 2017 Crawford School Director Professor Helen Sullivan committed the school to a gender balance in its public events program.

The target looked at two simple measures – the gender balance on individual panel events held at the school, and the overall balance of male to female participation across all of Crawford’s public events.

In this first of our regular updates, we take a look at the progress so far on both of those measures.

This report covers January and February 2018, a period where the school held 17 public events. Of these events, 13 were seminars or lectures, one was a roundtable, one was a forum, and two were large conferences with many speakers.

“These numbers are very encouraging, and show that the school is making significant progress towards fulfilling the 50/50 gender commitment,” said Professor Robert Breunig, a member of the School’s Gender and Diversity Committee.

“It’s especially encouraging that across all Crawford School events, 50% of participants were female. That’s a big step forward from last year’s overall participation figure of 35%.

“On top of that, January and February’s numbers include two large conferences, both of which were planned, or in planning, ahead of the announcement in December. That the conference organisers were able to achieve such excellent gender representation is testament to their commitment to ensuring that the school’s target is put into practice.

“However, there is still some way to go to achieve the commitment of gender balance on panel events. These numbers clearly highlight some progress, but more needs to be done to ensure that all panels at the school meet our 50/50 commitment.

“Thanks to everyone around the school who has worked hard to get us to where we are so far, and I look forward to further progress.”