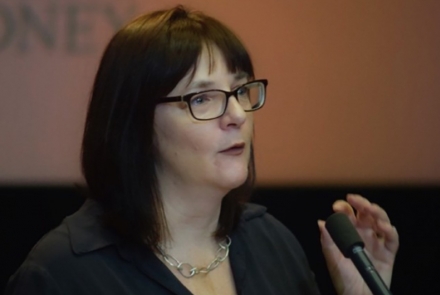 Professor Ariadne Vromen has been appointed as the new Sir John Bunting Chair of Public Administration at the Australian National University. Professor Vromen, who is currently at the University of Sydney, will shape ANZSOG’s research activities as Deputy Dean (Research) and be a key member of the ANZSOG Research Committee and the Policy and Governance Department within the Crawford School of Public Policy.

Professor Helen Sullivan, Director of the Crawford School of Public Policy at ANU and ANZSOG Dean Professor Ken Smith said the appointment had been made, after input from a selection panel, which included Professor Glyn Davis and Professor Rae Francis.

“The Bunting Chair is a prestigious position that plays a vital role in shaping debate and leading the development of research on public administration in Australia and New Zealand,” Professor Smith said.

“We are delighted to announce Professor Vromen’s appointment. She will play an important role in Crawford’s and ANZSOG’s future activities, including the ongoing evolution of our research program aimed at producing more demand-led research in partnership with governments and universities,” he said

As the Bunting Chair, Professor Vromen will work with the ANZSOG network of academics and senior practitioners, build relationships with universities and governments and help to set research priorities.

Professor Sullivan said: “ANU values its strong and long-standing relationship with ANZSOG, exemplified by the Sir John Bunting position. I am delighted to welcome Professor Vromen - an internationally renowned political scientist who is actively engaged with policymakers - to our community.

“Professor Vromen brings a deep knowledge of the policy context for research excellence in Australian universities; as well as active and diverse teaching and research agendas on Australian politics and policymaking.”

Professor Vromen said that she had been attracted to the position because ANZSOG had a genuine commitment to high-quality collaborative applied research across its partnerships with governments and universities.

“This position will enable me to focus on research excellence through applied public policy research, and help ANZSOG to create public value by working with our partners to develop research that can improve public administration and management,” she said.

Professor Vromen is currently Professor of Political Sociology at the University of Sydney. She served as the Faculty of Arts and Sciences’ Associate Dean Research and as part of the university’s executive as a member of its Research Committee, External Engagement Committee, and Research Development Committee. She was also the Director of Research Development for the Faculty of Arts and Sciences (2016-2017), served as a member of the Australian Research Committee College of Experts (2017-2019), and was the academic lead on a successful tender in 2019 to establish a NSW Public Policy Institute, funded by NSW Department of Education.

Mentoring, and the 2017 Sydney University Postgraduate Research Association Supervisor of the Year Award.

Her current research interests include: citizen engagement, digital politics and governance, women and the future of work, advocacy organisations, and young people and politics. She has co-authored several texts on Australian politics, including Powerscape: Contemporary Australian Politics.

The Sir John Bunting Chair of Public Administration provides leadership and fosters excellence in research, while making significant original contributions to the field of public administration and governance.

The Chair was previously held by Emeritus Professor John Wanna, who was appointed to the position in 2004 and retired in June 2019.

Professor Vromen will begin her new role in June 2020.