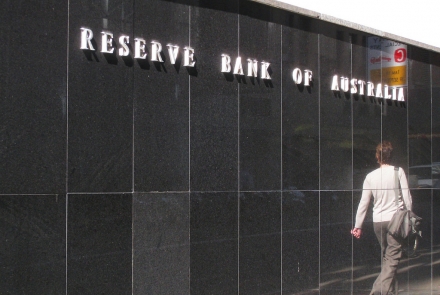 The recent change in Prime Minister has not altered Crawford School’s RBA Shadow Board’s position on the appropriate setting for our economy.

The board of the Reserve Bank of Australia (RBA) will meet on Tuesday to review official interest rates, which have been at a record low of 1.5 per cent since August 2016.

“The RBA Shadow Board attaches a 48 per cent probability that holding interest rates steady at 1.5 per cent is the appropriate setting, while the confidence in a required rate hike is 53 per cent,” Chair of the RBA Shadow Board Dr Timo Henckel said.

This distribution of the Shadow Board’s preferences has barely shifted since last month, when 51 per cent were confident that a rate rise was the appropriate policy.

Inflation remains inside the RBA’s official target band, while unemployment fell slightly to 5.3 per cent.

“This is not due to an increase in employment but due to a reduction in the labour force participation rate, which dropped from 65.7 per cent to 65.5 per cent,” Dr Henckel said.

The Australian dollar, relative to the US dollar, has weakened somewhat, falling to 72 US cents a fortnight ago before rebounding.

Yields on Australian 10-year government bonds have retreated to 2.55 per cent, a rate not seen for nearly a year, while the Australian stock market continued its steady rise. Overseas, high second quarter growth has continued to pull the US unemployment rate down, to 3.9 per cent.

“The US administration’s economic policy shows no clear direction. On the one hand, its sabre rattling with key trading partners is intensifying; on the other hand, it is signing up to a new trade agreement with Mexico and signalled its willingness to do the same with Canada,” Dr Henckel said.

“Overall, the rise in US interest rates will put pressure on Australia to likewise increase domestic rates.”

The RBA Shadow Board says while the leadership crisis will have raised concerns among voters and the business community here in Australia, it’s unlikely to have any major impact on consumption and investment.

In the longer term, the probability of the need for a rate hike in six months was 71 per cent, down from 75 per cent in August.

The probability that rates should remain at 1.5 per cent in six months was 24 per cent, three percentage points up from August, while the probability attached to rates having to fall edged up from four to six per cent.

The RBA Shadow Board is a project based at the Centre for Applied Macroeconomic Analysis (CAMA) at the ANU Crawford School of Public Policy. It brings together nine of the country’s leading experts to look at the economy and make a probabilistic call on the optimal setting of interest rates ahead of monthly RBA Board meetings. It does not try to predict RBA behaviour.

Mardi Dungey did not vote in this round.

More information on the board is available on their website.