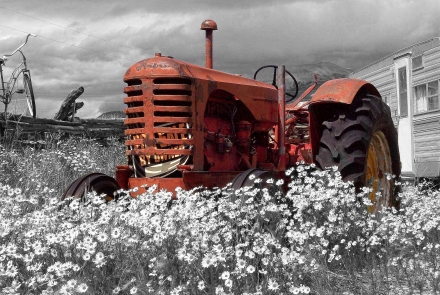 Carolyn Hendriks is an Associate Professor with a background in both political science and environmental engineering. Her work examines democratic aspects of contemporary governance, including participation, deliberation, inclusion and representation.

On this week’s Policy Forum Pod, we take a look at how rural Australia is leading a political shift away from the major parties and towards a new way of doing democracy.

Far from being ‘rusted-on’ voters, rural Australians are deserting the major parties in greater numbers than their city counterparts. And they’re not just abandoning status-quo politics, but finding new ways of inspiring community action and taking policy change into their own hands. So what are urban policymakers getting wrong about rural voters?

On this week’s podcast, hosts Martyn Pearce and Jill Sheppard hear from a journalist, a political scientist, and two rural leaders at the forefront of community politics, about the policy lessons we should be taking from the countryside and applying to the country.

Gabrielle Chan has been a journalist for more than 30 years. Since 2013, she has worked for Guardian Australia as a political correspondent, Politics Live blogger and senior writer. Her latest book, _Rusted Off: Why Country Australia Is Fed U_p was released in September 2018.

Peter Holding is on the board of Directors for Farmers for Climate Action – an alliance of farmers working to see the agricultural sector get support and investment to adapt to a changing climate, as well as be part of the solution. He is a third-generation farmer in south-east NSW, growing crops such as canola and wheat, as well as running sheep for wool.

Denis Ginnivan is President and a foundation member of Voices for Indi, a community group based in northeast Victoria, which seeks to encourage citizens to engage and participate in politics and democracy. He is also co-chair of Totally Renewable Yackandandah. He was raised on farms near Benalla where his family had been farming for five generations.

Carolyn Hendriks is an Associate Professor at Crawford School of Public Policy. Her research is broadly concerned with how to strengthen citizen agency in the governance of collective problems. Over the past two decades she has made substantial contributions to international debates on the practice and theory of citizen engagement, democratic innovation and deliberative democracy.

Rusted off: Why country Australia is fed up by Gabrielle Chan

Pathways to Politics Program for Women

Is Australia’s policy machinery fit for purpose? with Glyn Davis and Helen Sullivan

A vision for the North with Peter Yu

Crowding out the Pacific by Matthew Dornan, Richard Curtain and Stephen Howes