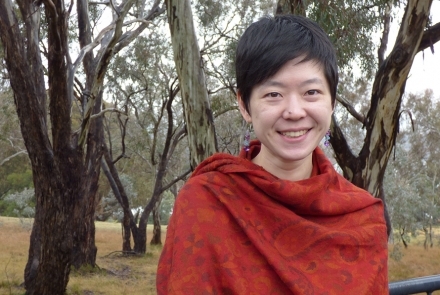 Dr Joyce Wu, Research Fellow at the Resources, Environment and Development Group (RE&D), has received a prestigious Fulbright Senior Scholar Award to undertake research in the United States in 2019.

Dr Wu, who originally applied for the Fulbright Postdoctoral Scholarship, said it was a “big and happy surprise” to receive the Fulbright Senior Scholar Award.

For her award, Dr Wu will be based at Kansas State University (KState), where she will explore on how its gender mainstreaming and diversity efforts can be replicated within the context of Australian universities.

Dr Wu said the institution has a very progressive, active campus, especially when it comes to gender mainstreaming.

“There are common perceptions about mid-west states such as Kansas,” she said.

“But if they have this very resilient, active presence on campus, trying to promote diversity and equality, then that’s something we need to learn from.”

During a visit in 2018, Dr Wu spoke to student groups, staff and university leadership about their efforts, identifying a range of gender mainstreaming and diversity programs at KState.

“They have a student-led bystander program, in which they teach students how to respond, if they see someone being harassed or intimidated, in a way they feel comfortable,” she said.

“One of the university presidents (pro-vice chancellor in Australian terminology) has a commission on the status of women and other diversity initiatives to oversee the progress.

“They also have a strategic action plan dedicated to making sure these initiatives are being implemented within a set time.”

Based at the Crawford School of Public Policy, Dr Wu recently embarked on a collaboration with the Individual Deprivation Measure, a gender-sensitive and multidimensional measure of poverty.

“I was interested in finding out how these programs translate in contexts that normalise violence,” she said.

“What I found was, because of the challenging contexts, often donors want quick-fix solutions. They want a cookie-cutter approach whereby something that works in Uganda can work in Fiji.

“But because the contexts are so different, you really have to understand that what makes people tick in one place may not work so well in another because they might have a different religion, a different clan, different politics.”

While Dr Wu was proud to publish her book, she said potentially the most rewarding part of her work is teaching, when profiled as part of ANU College of Asia and the Pacific’s Inspiring Women of CAP series.

“It’s really rewarding when you’re working through a concept with students and you see that it suddenly goes ‘click’ in their heads,” she said.