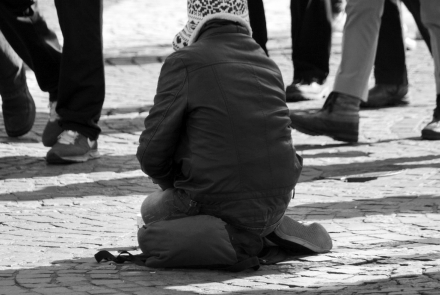 Taking a stand on climate change

This week on Policy Forum Pod, we talk to Professor Philip Alston, the UN Special Rapporteur on Extreme Poverty, about whether the human rights community is doing enough to tackle climate change, his controversial report into poverty in the UK, and how it feels to have world leaders and the media criticise you and your work.

Professor Philip Alston accused the Trump administration of being driven by “contempt, and sometimes even hatred for the poor,” compared the UK’s post-GFC austerity welfare policies to Victorian workhouses, and warned the country’s poor faced lives that were “solitary, poor, nasty, brutish, and short.” In return, he’s been accused of bias by the US, warned he’d be the subject of a formal complaint to the UN from the UK government, and seen his report blasted by a UK newspaper as an “insult to our national intelligence.” In this very special Policy Forum Pod, Alston talks about tackling climate change, Brexit and Boris Britain, and why the “gloves need to come off.” Listen here.

Philip Alston is John Norton Pomeroy Professor of Law at New York University. He is currently UN Special Rapporteur on extreme poverty and human rights. In 2014, he was a member of the Security Council-established commission of inquiry on the Central African Republic. He previously served as Special Rapporteur on extrajudicial executions, as well as Chairperson of the UN Committee on Economic, Social and Cultural Rights. During the drafting of the Convention on the Rights of the Child, he was UNICEF’s Legal Adviser.

Sharon Bessell is Director of the Children’s Policy Centre at Crawford School, the ANU lead on the Individual Deprivation Measure Project, and Editor of Policy Forum’s Poverty: In Focus section.

Policy Forum Pod is available on Apple Podcasts, Spotify, Stitcher, Subscribe on Android or wherever you get your podcasts. We’d love to hear your feedback for this podcast series! Send in your questions, comments, or suggestions for future episodes to podcast@policyforum.net. You can also Tweet us @APPSPolicyForum or join us on the Facebook group.