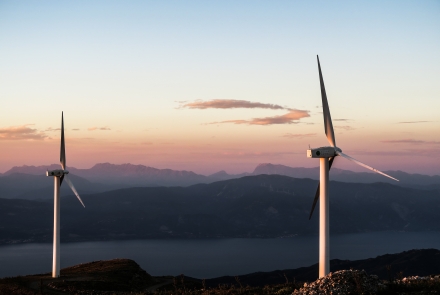 Debunking the political ‘post-truths’ of climate change, Quentin Grafton and Tom Kompas explain how illogical and contrary to self-interest it would be for Australia not to do more to reduce its emissions and support global action.

What a difference four months make. In September 2019, the Australian Prime Minister, in a speech to the UN, stated that “Our children have a right not just to their future but to their optimism.” He meant that our kids should stop worrying about climate change action and let the ‘grown-ups’ deliver “significant and substantial actions”.

Sadly, leaving it to the grown-ups is not smart, especially if they have yet to wise up and see the unfolding climate change catastrophe should the current trends in greenhouse gas emissions continue.

One of the great political tragedies over the past two decades is that effective action on climate change was ‘captured’ by politics, and is now viewed through a right and left-wing lens. Parties to the left have, typically, prioritised effective climate action, while parties to the right have prioritised ‘bread and butter’ issues, such as national security. Parties to the right have also consistently argued, with little evidence, that effective climate change action destroys the economy.

With some notable exceptions, such as the federal electorates of Wentworth, which elected Independent Kerryn Phelps in a by-election in October 2018, and Warringah, which in May 2019 elected Independent Zali Steggall, defeating the incumbent former Prime Minister Tony Abbott, centrist or right-leaning Australian voters who have wanted more effective climate change action have still given their votes to right-wing parties. Simply put, other issues have mattered more to them than effective action on climate change.

If our kids are to have a future, this has to change.

But this piece is not about the Coalition ‘climate crazies’ who have variously claimed that climate change is a lie and a hoax, part of a conspiracy to hoodwink people, or that it is even a good for us! Instead, it’s about the more sophisticated and electorally attractive post-truth messages of the past decade that have been used to argue against effective action on climate change.

These post-truths tend to take one of three forms, and all fail to address the facts. Let’s examine each of them in turn.

The implicit message here is that doing more would undermine prosperity and/or jobs and also increase energy prices.

Australia is currently doing its level best to secure ‘carryover credits’ for meeting its Kyoto targets so that it can do less in terms of emissions reductions to meet its Paris targets. This will not succeed. Further, in terms of energy prices, new-build utility scale-level solar farms in Australia now generate the lowest costs of electricity to the national grid, making the nation a perfect candidate for a quick transition to renewable energy.

Exhibit B: ‘Australia only contributes a tiny share to overall global emissions’

Implicit in this message is that other countries should do the heavy lifting and, even if Australia were to do more, there would be no benefit to Australia.

Although it’s true that Australia is a relatively ‘small player’, Australia has been effective at rallying global support for several important global initiatives in the past including the freeing up of the trade of agricultural goods, the banning of anti-personnel mines, and the global protection of whales, to name only three examples.

So why can’t Australia use its leverage and expertise to support effective global action on climate change? Without countries like Australia doing what is necessary on climate action, it’s highly unlikely that other nations, some much poorer, will reduce their emissions.

Exhibit C: ‘Australia is a leader on climate action and will ‘meet and beat’ its Paris emissions reductions targets’

The implicit message in this is that Australia is already taking effective action and shouldn’t be asked to do anymore.

But Australia is not a global leader in effective climate action. Australia has one of the highest per capita emissions in the world, Australian carbon-dioxide-equivalent emissions have not decreased since the carbon price was removed by the Tony Abbott Coalition government in 2014, and, many (including the International Monetary Fund) do not believe Australia is on track to meet its Paris target by 2030, although this is disputed by the Coalition government.

Putting to one side these post-truths on climate change, another ‘furphy’ for not taking effective climate action is that it is contrary to Australia’s economic self-interest. This can also be debunked. University of Melbourne researchers in 2019 projected that the potential damages from climate change to Australia, at current global emissions trends, are around $600 billion in 2030, and this excludes the costs of bushfires (the 2019-20 bushfires could cost Australia $100 billion), floods and biodiversity losses.

By comparison, the cost of more climate change action from 2019 to 2030 is just $82 billion for a 45 per cent cut in emissions from 2005 levels. The economic logic is that there is a very big economic payoff to Australians – but, of course, not necessarily to large emitters of greenhouse gas emissions – if the Australian government were to actually support and bring about effective global action on climate change.

So, what does effective global action on climate change mean? It demands that we all do our share to reduce greenhouse gas emissions and to prepare for a hotter world. Above all, it means Australia must actually deliver a set of policies (such as a carbon price) that will reduce its greenhouse gas emissions from between 45-60 per cent by 2030 relative to 2005, which is the minimum needed to ensure we do not have more than two degrees of warming.

Without such a commitment and effective emissions reductions undertaken by Australia, in concert with other countries, there is virtually no chance that Australia, or the world, will avoid catastrophic climate change.

Despite the rhetoric, the Australian government’s climate change polices are neither smart nor sensible. They are also not in Australia’s self-interest. Any kid who did their homework would know that the smart policy would be to leverage Australia’s influence in the world to support greater action and to greatly reduce domestic and global greenhouse emissions, and to do this within the decade.

If we want Australia’s children to be optimistic, or to even have a future, Australia (and the world) has no choice but to undertake effective action to avoid catastrophic climate change. The alternative is unthinkable.