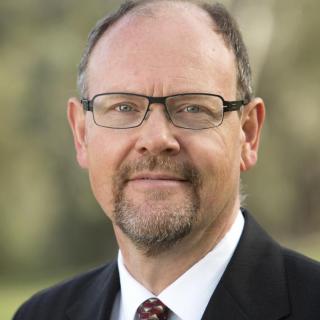 R. Quentin Grafton, FASSA, is Professor of Economics, Australian Laureate Fellow, Convenor of the Water Justice Hub, and Director of the Centre for Water Economics, Environment and Policy (CWEEP) at the Crawford School of Public Policy at the Australian National University. In April 2010 he was appointed the Chairholder, the UNESCO Chair in Water Economics and Transboundary Water Governance and between August 2013 and July 2014 served as Executive Director at the Australian National Institute of Public Policy (ANIPP). He currently serves as the Director of the Food, Energy, Environment and Water Network.

He is the recipient of several prestigious awards including the National Water Commission Professor Peter Cullen Eureka Prize for Water Research and Innovation(2011), Royal Bank of Canada Distinguished Lecture (2017), the Vice-Chancellors’ Award for Education, Excellence in Supervision and the ANU Commendation for Outstanding Contribution to Student Learning (2011).

Previously he was Chief Economist and Executive Director of the Australian Bureau of Resources and Energy Economics (2011-2013), Senior Fellow at the Centre for Resource and Environmental Studies (2001-2004) at the ANU, Director of the Institute of the Environment (1999-2001) at the University of Ottawa, Canada. He has an abiding interest in the problems of the environment and public policy, especially the overexploitation and management of renewable resources (particularly water and fisheries), and the economics of energy and also the economics of non-renewable resources.

He graduated with a PhD in Economics from the University of British Columbia in 1992, and holds an MS degree from Iowa State University and an undergraduate degree from Massey University in agricultural economics. He has served as Editor of the Australian Journal of Agricultural and Resource Economics and currently serves on the editorial boards of several journals. He is a Past President and also a Distinguished Fellow of the Australasian Agricultural and Resource Economics Society. He is presently Editor in Chief of Policy Forum.net, the founder and Executive Editor of the Global Water Forum and Convenor of the Geneva Actions on Human Water Security.

He has published more than 160 scholarly articles in some of the world’s leading journals in economics and the life sciences (such as Science and Nature Climate Change, Nature Sustainability), 47 chapters in books and encyclopedia contributions, and 17 edited or co-authored books (in Oxford University Press and Cambridge University Press) including: Risks, Rewards and Regulation of Unconventional Gas: A Global Perspective (2017), Understanding and Managing Urban Water in Transition (2015), and Water Security, Economics and Governance (2013), A Dictionary of Climate Change and the Environment (2012), Water Resources Planning and Management (2011), Basin Futures Water Reform in the Murray-Darling Basin (2011), and Handbook of Marine Fisheries Conservation and Management (2010).

He has served in numerous advisory roles and expert panels in Australia and overseas, including as Chair of the Social and Economics Reference Panel of the Murray-Darling Basin Commission (2008-2009), served or contributed to several Australian Council of Learned Academies Expert Working Groups, and as a member of the National Council on Education for Sustainability (2008-2010), Chair of the International Geothermal Expert Group (2013-14, Chair of the Marine Estate Knowledge Panel for the State of New South Wales (2014-18), and was a member of the Board of Directors for the [International Centre for Biosaline Agriculture] (https://www.biosaline.org/) (2018-2020).

Quentin Grafton has (with Tom Kompas at University of Melbourne) co-developed a compartmentalized epidemiological model of COVID-19 virus for Australia coupled measures of economic losses for different controls strategies. He has also co-developed (with Steven Phipps at University of Tasmania) a method for backcasting, using Monte Carlo methods and a range of parameter values on mortality and time from first infection to death, to estimate population level infection rates across countries. He is also a co-author of a manuscript that uses an Individual Based model (IBM) to examine the June-August 2020 resurgence of COVID-19 in Australia and the implications for social distancing. He is one of the ANU appointees to the Group of 8 universities’ taskforce report on COVID-19. He also actively engages with the public policy implications of alternative strategies to respond to the pandemic and has written on these implications for Policy Forum, the Conversation and the Canberra Times. Quentin also served as one of the University’s experts for the Go8 report on COVID-19 that submitted to the Federal Minister of Health.