Home » News and events » All stories » Podcast: Stepping up in the Pacific 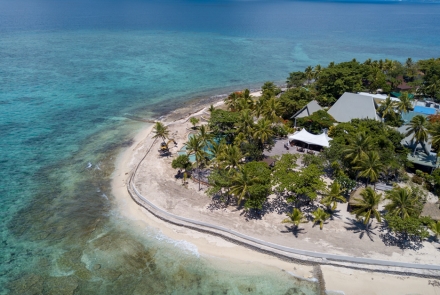 Podcast: Stepping up in the Pacific

This week on Policy Forum Pod, we unpick Australia’s step-up to the Pacific, take a look at how the country should respond to regional leaders’ growing concerns of a climate crisis, and ask what China’s expanding presence means for the future of the region.

In November, Prime Minister Scott Morrison promised to take Australia’s engagement with the Pacific to a new level, announcing five new diplomatic missions, and a $2 billion infrastructure financing facility. But the country’s relationship with the Pacific is increasingly being overshadowed by its lack of serious action on climate, with Pacific leaders warning that the step up will fail, unless Australia takes meaningful action to address the issue.

On this episode of Policy Forum Pod, host Mark Kenny is joined by Katerina Teaiwa, Pichamon Yeophantong, and Graeme Smith to discuss why the step up needs to go beyond securing Australia’s backyard, while focusing on human security and climate change. They also look at why people in the Pacific don’t want to become pawns in a new power game, and how good relations can be built without spending big bucks. Listen here.

Pod presenter Julia Ahrens also hears from Avery Poole about the internationalisation of university curricula, and the two of them tackle some of your questions and comments.

Avery Poole is a Senior Fellow at The Australia and New Zealand School of Government and an Honorary Senior Lecturer at the Crawford School of Public Policy at ANU.

Graeme Smith is a fellow in the ANU Department of Pacific Affairs. He also hosts the Little Red Podcast with the Australian Centre for China in the World.

Katerina Teaiwa is Associate Professor at the ANU College of Asia and the Pacific’s School of Culture, History & Language. She is also Vice-President of the Australian Association for Pacific Studies.

Pichamon Yeophantong is an Australian Research Council DECRA Fellow and Senior Lecturer in the UNSW Canberra School of Humanities and Social Sciences at the Australian Defence Force Academy.

Julia Ahrens is a presenter on Policy Forum Pod.

Policy Forum Pod is available on Apple Podcasts, Spotify, Stitcher, Subscribe on Android or wherever you get your podcasts. We’d love to hear your feedback for this podcast series! Send in your questions, comments, or suggestions for future episodes to podcast@policyforum.net. You can also Tweet us @APPSPolicyForum or join us on the Facebook group.