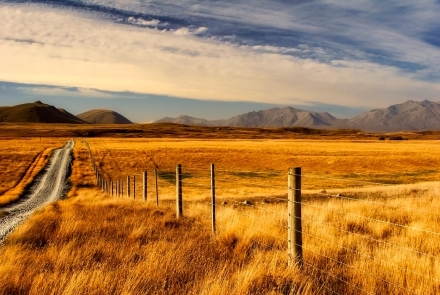 Professor Quentin Grafton, an Australian laureate and water economist at the Crawford School, is calling for the Government to declare a water emergency instead of turning to short-term solutions like drought relief.

“Instead of admitting Australia faces a water emergency, political leaders prefer to use the word drought,” he said.

“This is because Australia has experienced it in the past and it is ‘solved’ when the rains come. Politicians cannot be blamed for acts of nature.

“Drought relief also gives politicians the opportunity to pretend to fix the problem while showing compassion for those doing it tough.

“Income support to those who can get it is, no doubt, welcome. Unfortunately, it does not solve our water emergency. In this make-believe narrative, all blame accrues to the heavens.”

Professor Grafton’s call to arms is outlined in an article for Policy Forum co-authored with ANU honorary professor John Williams and based on their recently published paper. They highlight sustained Government inaction as a key source of the problem.

“The current drought began in 2017, and came less than 10 years after the Millennium Drought ended. Yet the nation’s elected leaders are surprised by another major drought,” they write.

“Like rabbits on the road facing the full beam of an approaching vehicle, they seem unable to move beyond last century solutions to respond to this water emergency.

“As Rome burns, people in towns like Wilcannia on the lower Darling get their drinking water from 10 litre cartons delivered from the back of trucks.”

Professor Grafton said “rent-seeking”, “capture by special interests” and “decision-making that goes against the public interest” were compounding the crisis.

“For example, between 2014 and 2018 the NSW Irrigation Council had more than 25 water-related meetings with New South Wales Ministers, yet many non-industry and non-irrigation entities had only one meeting,” he said.

“Billions of dollars has been allocated to build water infrastructure like dams which won’t solve the problem or deliver public benefit.

“And it was poor decision-making that led to the dire situation in the Murray-Darling Basin and the massive fish kills along the Darling in January 2019.

“Australia must stop blaming the river and recognise that capture by special interests has led to this water emergency. It is not simply an act of God; it has arisen from a lack of planning and decision-making that benefit the few at the expense of the many.

“Neither drought relief nor dams are solutions. Instead, Australia needs its political leaders to lead, to put the national interest first, and to make decisions that place people before profit.”

Policy Forum is a specialist publication based at the ANU Crawford School examining major policy challenges for Australia, the region and the world. Read Professor Grafton and Williams’ article

Their paper, ‘Rent-seeking behaviour and regulatory capture in the Murray-Darling Basin, Australia’, is published in the International Journal of Water Resources Development.