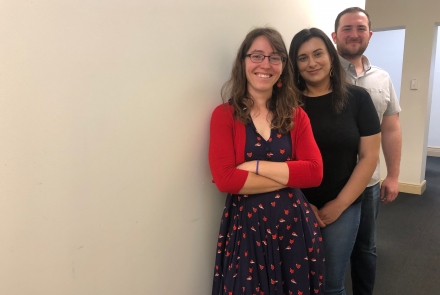 This week on the Democracy Sausage podcast we take a look at the Canadian election, find out whether Australia’s Labor party could ever have their own Jeremy Corbyn, and discuss Scott Morrison’s clampdown on protesters.

On this episode of Democracy Sausage Marija Taflaga talks to Feodor Snagovsky and Maiy Azize about Canadian politics and why Justin Trudeau has a “problem with costumes”. The panel also discuss how the left has allowed itself to be positioned as a movement of elites, the chances for a wealth tax in Australia, and whether Extinction Rebellion’s disruptive tactics are achieving their aims.

Maiy Azize is an experienced campaigner, communicator, and manager. She is currently Director of Media and Communications at Anglicare Australia. Previously, she was responsible for the ACT Greens’ Federal Election Campaign and Territory Election Campaign.