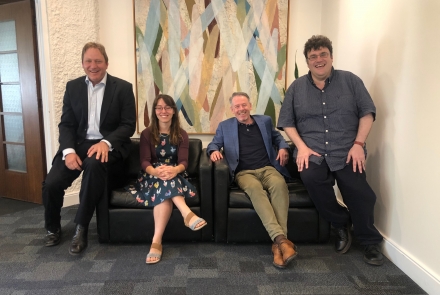 This week Democracy Sausage takes a look at the end of robodebt, the Ensuring Integrity bill, and Australia’s relationship with China.

On this Democracy Sausage, we take a look at the rollback of robodebt, paternalistic welfare policies, and the long history of the language of dole bludgers. Mark Kenny and the panel – Marija Taflaga, Frank Bongiorno, and Matthew Gray – also tackle the union-busting Ensuring Integrity Bill, whether government can be trusted with our data, and Australia’s increasingly fraught relationship with China. Listen here: http://bit.ly/DSP34

Matthew Gray is Director of the Centre for Social Research and Methods at The Australian National University. He has particular expertise in work and family issues, labour economics, social capital and social inclusion, and economic policy development.

Frank Bongiorno is the Head of the School of History at The Australian National University and an Australian labour, political, and cultural historian. He is a Fellow of the Academy of Social Sciences in Australia.