Home » News and events » All stories » Public messaging, trust and COVID-19: some pointers for policymakers 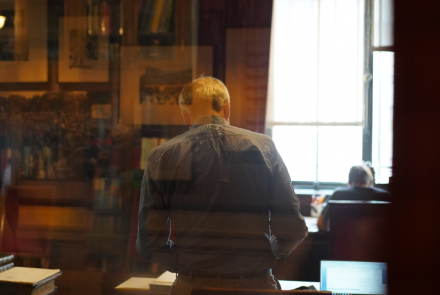 Photo by Jouwan Wang on Unsplash

Public messaging, trust and COVID-19: some pointers for policymakers

Mixed messages, blame shifting, and political point-scoring won’t help us. What we need are clear communications and a whole-of-society effort, Matthew Sussex writes.

Globally, COVID-19 is revealing the best about our societies and governments. But it is also revealing the worst. At this time of extreme crisis, it is absolutely crucial for Australia’s governments to communicate effectively with a public that has become conditioned to be sceptical about spin. One recent poll found only 35 per cent of Australians trusted the media on COVID-19, and only about half felt well informed by government.

This must turn around fast, or the virus will simply do it for us as our hospitals are overwhelmed.

The Federal government’s public messaging on COVID-19 has been shambolic and confusing. A couple of weeks ago I wrote a piece for Inside Story that urged a clear and consistent messaging campaign to inform Australians and give them confidence in the government’s leadership. We are still waiting for such a campaign.

Above all – and this seems to have been only recently realised – any effort to flatten Australia’s epidemic curve is doomed to fail unless Australians change their behaviour fundamentally. Literally every hour counts. On the flipside, so does every unnecessary social interaction. This must be a whole-of-society effort, not just a whole-of-government one.

That may be starting to change, but the wheels of government are still moving far too slowly on public messaging. If there is one lesson from COVID-19 it is that graduated incrementalism is a poor predictor of success. What matters is speed, decisiveness and risking overreaction in preference to decision paralysis with a ‘wait and see’ attitude.

That’s why we recently saw the states effectively override a federal government response that was seen as moving far too slowly. Under any other circumstances it would be extraordinary. But it is fast becoming the new normal.

How can policymakers and politicians better communicate with a mistrustful electorate? Here are 10 steps that might help.

– Recognise that younger people typically view government messaging with derision, especially since it is generally not aimed at them.

– If government messaging isn’t working, it should not take the lead. Instead it should empower civil society champions to convey the message to younger people, in ways they understand and relate to. Perversely, we may finally have found a useful function for ‘social influencers’.

– ‘Stay home and save lives’ is much more direct and effective than ‘Practice social distancing’.

– ‘Groups of people put everyone at risk’ is more direct and effective than ‘Observe four square metres of separation in indoor gatherings’.

– References to ‘Stage One’ social distancing controls, with the admission that there was no understanding of what ‘Stage Two’ might be, imply rudderless leadership. A model like New Zealand’s simple four-stage plan should be adapted and shared with the public.

The gold standard responses to COVID-19 so far are all in Asia. While China’s approach can’t be replicated in Australia, the examples of Taiwan, South Korea, Hong Kong and Singapore do share some significant commonalities, and we can follow them. Their communications have been honest and clear. When policies needed to shift – which happens frequently given the nature of the threat – the reasons for doing so have been spelled out.

Above all, if we are to mitigate the awful effects of this virus, we need to do so together. That’s because an effective response relies on a nation’s most important resource: its people.