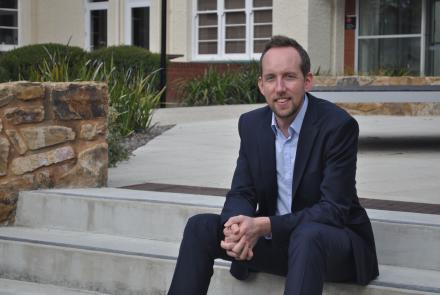 Paul Harris is Deputy Director of the HC Coombs Policy Forum and a Special Advisor on government and international relations to the Commonwealth Scientific and Industrial Research Organisation (CSIRO), Australia’s national science agency.

The crowded chasm: the place of science in the Australian government
Policymakers are developing more sophisticated approaches to science and evidence, says PAUL HARRIS.

Australian science, education and policy links with Japan are set to get a boost after HC Coombs Policy Forum Deputy Director Paul Harris was appointed as the Australian Government’s Education and Science Counsellor for the country.

The Counsellor network is run through the Department of Industry, Innovation, Climate Change, Science, Research and Tertiary Education (DIICCSRTE). It places people with extensive experience at the interface between science, universities and government into overseas posts to promote Australia and help Australian institutions build local networks. Harris’ appointment to the prestigious post was recently announced by the Department’s Secretary, Dr Don Russell.

Harris, an ANU graduate, is both Deputy Director with the Coombs Forum and a special advisor on government and international relations to the CSIRO. He was previously a visiting fellow at the ANU Centre for Policy Innovation, and in 2012 completed a secondment to DIICCSRTE as General Manager of its Science Policy branch.

In addition to being Deputy Director of the Coombs Forum, Harris also leads its Policy Research Program on Science, Technology and Public Policy, which involves collaboration with governments and researchers from a range of different disciplines.

His new role in Tokyo will see him promoting Australian capabilities and interests, gathering information to help Australian scientists and policymakers and maintaining and building relationships with key Japanese institutions.

Harris will begin his new job in early 2014.