Home » News and events » All stories » podcast: What type of world will we be left with after COVID-19? 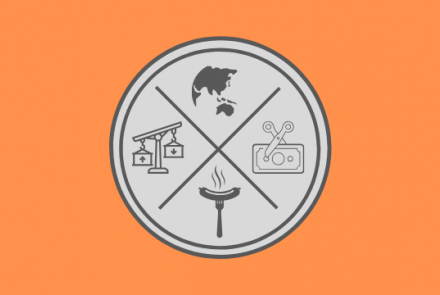 podcast: What type of world will we be left with after COVID-19?

Podcast: Can infrastructure get Australia’s economy back on track?

This week we’re joined by the ABC’s Emma Alberici and Professor Robert Breunig to talk tax, Trump, and what society might be able to snap back to.

Governments around the world are starting to plot a pathway out of the coronavirus crisis, and are under increasing tension to lift restrictions and return life to normality. But what does reality look like after the coronavirus? This week on Democracy Sausage, Professor Mark Kenny is joined by the ABC’s chief economics correspondent Emma Alberici, Professor Robert Breunig, and Dr Marija Taflaga to talk tax, why the virus hit Italy so hard, the future of the World Health Organization, and Trump – “the most dangerous president in his country’s history.” Listen here.

Professor Mark Kenny is a Senior Fellow in the ANU Australian Studies Institute. He came to the university after a high-profile journalistic career including six years as chief political correspondent and national affairs editor for The Sydney Morning Herald, The Age, and The Canberra Times.

Emma Alberici is an Australian journalist and television presenter, and Chief Economics Correspondent for the Australian Broadcasting Corporation. Until 2017, Emma was presenter of the ABC’s flagship current affairs program, Lateline.

Professor Robert Breunig is the director of the Tax and Transfer Policy Institute at Crawford School of Public Policy. He conducts research in three main areas: economics of the household, empirical industrial organisation, and statistical and econometric theory.

Dr Marija Taflaga is a lecturer in the ANU School of Politics and International Relations. Her major research is on political parties and particularly the Liberal Party of Australia. She has previously worked in the Australian Parliamentary Press Gallery as a researcher at The Sydney Morning Herald and The Age.