Home » News and events » All stories » Economic justice for all 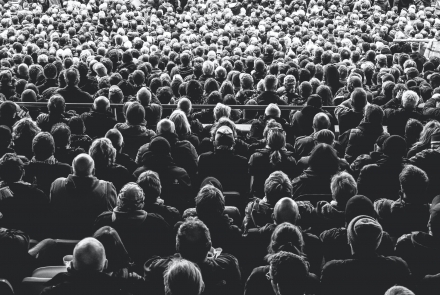 Photo by davide ragusa on Unsplash

Economic justice for all

Good policy is smart politics when it comes to COVID-19

COVID-19 is a calamity. All were affected but it was the poor who suffered the most. They were the ones who were more exposed to infection (they had little choice but to take public transport, many lived in more crowded spaces, and were more likely to be frontline workers), had the least access to financial resources (very little or no savings and few assets to borrow against), and also suffered from the greatest job insecurity (many were casual workers with no sick pay). And when the poor did get sick with the virus (or anything else), in places that lack a well-funded public health system, they were the last in line to get looked after.

Some would say, this is the ‘natural order’ of life, as it has been, as it always will be. It is true that there will always be those who are better off by virtue of inheritance, their upbringing or good luck. But the poor also need opportunities to improve themselves and to be supported when catastrophe happens. This is the hallmark of a civilised society. Without exception, all middle and high-income countries have the income and wealth to promote prosperity for all. Many do not.

Wishing for economic justice is not the same as fighting for it, together. At the heart of the required transformative change is a ‘refresh’ of governments’ taxes and expenditures. Changing how governments collect taxes, and how they spend, is fundamental if all are to receive a fair share and a ‘helping hand’ when needed.

The new social contract, post COVID-19, should ensure, forever, that an adequate share of a country’s national income pays for essential public goods and services that would be unavailable without collective action. These public services include, but are not limited to, universal health care and education (including life-long learning opportunities); public infrastructure and transport; national security; pollution control; and the conservation of critically important ecosystem services.

As we recover from the virus, and fight for a better world, we need actions that deliver economic justice. The details of what should be done, and how, will vary by location but must include:

(1) Individuals and companies who can afford to pay, must pay their ‘fair share’, and be seen to pay. One of the richest men in the world once observed that he paid a lower proportion of his income on taxes than his secretary. Some of the world’s largest corporations have saved billions by shifting revenues from where they earned income to low tax jurisdictions. Key steps to economic justice include: making taxes more progressive so those who can pay, do pay, and effective and transparent actions to minimise or stop tax avoidance.

(2) Invest in the future, not the past. Rather prioritising those with the most need, some governments have delivered to those with the most greed. This must change. Key steps for renewal in terms of public spending should be to create opportunities for all to prosper. This could include investing in a ‘green economy’ so all generations enjoy a sustainable future.

(3) Power to the people. In most representative democracies, the ‘voices’ of the people have eroded over time. Some voters have been disenfranchised and many feel disconnected from their governments. Lobbyists and donors frequently have privileged access to decision-makers and the wishes of the many are, too often, ignored. Democracies need renewing now. Many actions are needed but one key action would be to establish independent truth commissions with the power to hold all elected leaders and their advisors accountable for their decisions. Another would be to have ‘deliberative democracy’ that gives everybody the opportunity, beyond the ballot box, to meaningfully participate, and in an informed way, in key public decision-making. Yet another would be to separate legislative and executive powers in Westminster-type democracies.