Home » News and events » All stories » Covid-19 and Economic growth: the curve we don’t want to flatten 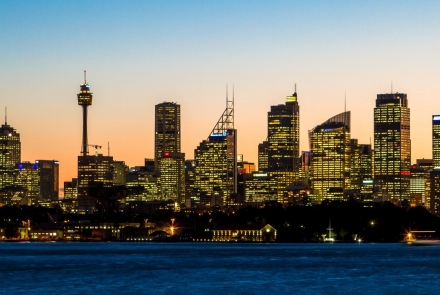 Photo by Holger Link on Unsplash

Covid-19 and Economic growth: the curve we don’t want to flatten

Creina Day is an Associate Professor of Economics. She founded and directs the ‘Growth, Demographics and Productivity’ research program in the Centre for Applied Macroeconomic Analysis (CAMA). Her reputation in the field of macroeconomics and economic growth has been established through seminal papers in leading international journals and recognised with the JG Crawford Award for best original paper.

Output per person is the product of three P’s: Productivity (output per labour), Participation in the labour force (portion of the working age population in the labour force) and Population (portion of which is working age). The path of output per person scaled proportionally reveals both the growth rate, given by the upward slope of the curve over time, and fall in levels during the early 1980s recession and 1990-91 ‘recession we had to have’. A change in the upward slope from a straight line to a flatter line represents a slower rate of economic growth.

In the wake of the Global Financial Crisis (GFC), Australia distinguished itself from other developed economies by avoiding a technical recession – two consecutive quarters of negative output growth. The bounce back from negative output growth in the December 2008 quarter was helped both by the fiscal stimulus of our own government and that of our major trading partner, China, which stimulated growth in demand for iron ore exports. Whereas 2009 marks the ‘recession we never had’ post-GFC, 2020 may well be remembered for the ‘recession we were forced to have’ by the global outbreak of Covid-19 - a virus with the potential to overwhelm health care systems and kill predominantly aged populations and persons with underlying health conditions if not contained.

We head into the current recession with the slowest growth in output per person for four decades. This raises the question of why and what risks and opportunities arise in recovery from the current economic crisis. The 3 P’s help frame this discussion.

First, population ageing contributes to slower economic growth. A rising dependency ratio (the non-working age to working age population) constitutes a demographic drag on growth in output per person over time. However, significant increases in net overseas migration, which have accounted for most of Australia’s population growth during the past 15 years, have lessened this demographic drag since 88 per cent of migrants are aged less than 40 years. Moreover, demographic drag can be more than offset by increases in the growth rates of productivity and labour force participation.

The drop in net overseas migration due to border closure has seen two years of population growth lost in two months. This has a negative wealth effect on households through falling house prices. Strong population growth due to net overseas migration and growth in average household size due to the rise in single-person households with population ageing fuelled rising real house prices (Day, 2018). The vulnerability of households to a negative external shock was forewarned. Australian households have been carrying more debt for longer: more than half of pre-retiree homeowners hold a mortgage, more than one third of whom are over-indebted (Day, 2019).

Second, output per labour is the product of hourly labour productivity, average hours per worker and (1 – unemployment rate). Deconstructing productivity in this way helps to distinguish level effects of the Covid-19 economic crisis from growth effects. A doubling of the unemployment rate to 10% (tripling to 15% if we consider the decline in labour demand concealed by official statistics) and contraction of hours worked by 20% in 2020 would constitute a sudden and severe drop below the present growth path.

Women fare worse than men. Female hours of paid work have already fallen by 11.5%, compared to a 7.5% reduction in male hours worked. In our gender segregated workforce, male-dominated industries are impacted less during lockdown. Largely overlooked, the gendered economic impact of Covid-19 shapes our future growth. The most important factors underpinning growth in output per person are the growth rates of hourly labour productivity and supply of total hours per working age person from labour force participation and average hours per worker, two of the Ps. For four decades, Australia’s strong rise in female labour force participation provided the growth in supply of hours per working age person.

Third, growth in hourly labour productivity has averaged 1% per year since 2012 – half the annual productivity growth for the previous 25 years. China-Australia (Chi-stralia) trade has been often characterised as we export resources and import manufactured goods for consumption. This is somewhat oversimplified. Productivity growth is driven by our uptake of growth in the world technology frontier through openness to trade and investment in skill to utilise new technology. We import technology encapsulated in intermediate goods for production and export education to fund investment in the skill of our domestic workforce. The latter has become increasingly important in the context of Chi-stralia.

Higher education has provided the funds for investment in domestic skill. Education exports have increased 11-fold in the past two decades, mostly due to growth in demand from China. A contraction in the higher education sector could see the uptake of technology through the skill of our workforce begin to lag – a blow to productivity, the one curve we don’t want to flatten.

This article is based on the paper presented at ‘Managing Covid-19 – New scenarios and longer-term issues’, Launch Covid-19 and the Macroeconomy Research Program, Centre for Applied Macroeconomic Analysis (CAMA), May 2020.