Home » News and events » All stories » What has a global crisis taught us about the future of higher education? 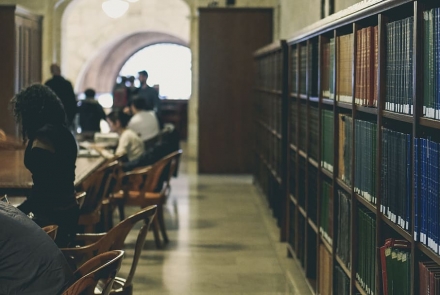 What has a global crisis taught us about the future of higher education?

The public response during COVID-19 has demonstrated both the perpetual value of education and a renewed appreciation of Australia’s research capability and expertise. At a time when everything has been stripped back to basics and our understanding of ‘essential services’ has been redefined, university education and research have endured, Libby Hackett writes.

Higher education has adapted and shifted to online delivery but our desire to learn has been shown to be an essential part of Australian society. Meanwhile, our experts and researchers have led the way through this global pandemic through their efforts to find a vaccine, understand the impact of isolation, advise governments on controlling the virus and support the economic recovery.

Despite providing vital services, Australian universities have come under considerable financial pressure through the crisis. The Australian Government was quick to secure core public money flowing to universities by guaranteeing domestic student funding and research funding at current levels. Unfortunately, this did very little to meet the billions of dollars of lost income across the sector. Why? Because the loss had come from a reduction in private and commercial income - predominantly international student fees, alongside philanthropic giving and industry partnerships. Importantly, we have been reminded that our ‘public’ universities are large, complex not-for-profit organisations with nearly half of their total income coming from non-government sources.

This recent crisis has emphasised the changing social contract between universities, government and society. Given that universities deliver a combination of public and private benefits, what role should government play in the future and what should the balance of public and private funding be? The pressure of a global pandemic has highlighted three potential models for the future.

Core public funding model. This traditional model frames universities as predominantly public institutions. The government would determine the appropriate level of core public funding for domestic teaching and research and would play no role in the other half of university activity, funded by private and commercial sources. Universities would carry the full risk of engaging in these commercial markets, with activity and jobs ebbing and flowing in line with any changes in these markets.

This model has been applied by the Australian Government during COVID-19. They were quick to shore up core public funding for domestic students and for research but did not provide any financial support for losses incurred across the 45% of university revenue that comes from private and commercial sources1. In public policy terms, this could be deemed appropriate at a time when the government is managing an unprecedented global health and economic crisis.

Some commentators have argued that this approach ignores the fact that international education is the largest services export in Australia, supporting tens of thousands of jobs. They have asked why the government has been slow to intervene in a temporary market failure of an otherwise highly successful export industry. If, however, the Australian Government view the university sector through the lens of the core public funding model, then they have secured university public funding and that is ‘job done’ – the rest is up to the universities.

Economic growth model. In this model, universities would be a key pillar in Australia’s economic strategy of pursuing a high-skill, high-value economy with public investment increasing accordingly. The government would fund a much greater proportion of the research base, provide stimulus funding for industry partnerships and invest in international education as a key export market.

The response of the state governments has been in line with the economic growth model. In contrast the Australian Government, the state governments (namely Victoria and Queensland with New South Wales expected to follow) have introduced higher education packages to support international students in Australia and to protect jobs. Political discourse from state governments has positioned universities as major economic players – as employers, partners of industry, investors in infrastructure, and our 4th largest export industry in Australia. A fascinating contrast that frames universities as central to economic recovery and future growth strategy.

Market intervention model. In this model, the political discourse would recognise the value of the broader economic and social benefits of the full range of university activity but would encourage a mixed model of public and private income sources. This model would not necessarily result in an increase in core public funding for universities but would provide a clear role for the government to intervene in market failures, sharing some of the risk of commercial activity alongside the benefits. Forms of market intervention could include loans or stimulus funding in specific areas where potential public benefit is identified.

If we go back to the core public funding model, the Australian Government would determine how much to invest in Australia’s research capacity, based on the perceived economic and social benefits. In this traditional model, the additional university investment, on top of government funding, might suggest that Australian universities have over-invested in their research capacity for their own reputational gain. A closer look, however, demonstrates that total university research spend as a proportion of GDP in Australia is almost identical to the UK at around 0.7% . Australian universities have increased their internal investment in research in line with competitor economies such as the UK, suggesting they have not over-invested.

As with the significant externalities or spillovers from the international student market, Australia has benefited from the economic and social benefits of this increased research effort. The reliance on university investment in research could be seen as a smart and efficient public policy move - an appropriate balance of public and private investment in the research base - but it does come with the risk of exposure to the international student market. To borrow Warren Buffett’s question: what happens when the tide goes out? If this mix of public and private investment had been intentional, we would have seen the Australian Government shore up the full scale of the research base on a temporary basis during the crisis. Why not intervene in a short-term market failure through loans or other temporary measures?

One of two things is happening here. Either the government believes the university research base has overextended and is willing to see it contract, including accepting some job losses. Or the government believes that universities have sufficient resources to manage these losses without damaging their research capability. If further job losses are announced, this might change but for now it suggests a current framing of higher education by the Australian Government that categorises universities as public institutions, with limited political support for the education export market or the two thirds of their research base that is funded from non-government sources. It would take a shift in the perception of the economic and social value of these activities to move to a market intervention model. By contrast, we have seen from the state governments, a glimpse of the ambitious, future-focused thinking that would be required to adopt an economic growth model.

Our desire to learn and our need for expert research means that universities will remain at the heart of Australia’s future. Which model the Australian Government and state governments decide to adopt will play a significant role in determining the future of higher education, with consequences for the shape and size of Australia’s economy, productivity, standards of living and society more broadly. The more ambitious and optimistic path will require brave and effective leadership, informed by experts – a characteristic of this crisis that many would like to see continue.