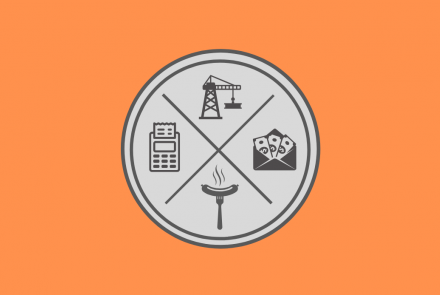 The coronavirus crisis has thrown the rule book out on what it means to be a better economic manager. On this Democracy Sausage we take a look at what it will take to chart an economic road to recovery with The Australia Institute’s Dr Richard Denniss.

The government is keen to paint the options for economic recovery as a choice between spenders and enablers. But with both Labor and the Coalition willing to splash the cash – albeit on different policy priorities – isn’t it really a battle between big spenders? And would economic growth be better served by continuing free childcare, or by major construction projects? On this Democracy Sausage Mark Kenny takes a look at Australia’s economics with Dr Richard Denniss of The Australia Institute and regular guest Dr Marija Taflaga. Listen here.

Richard Denniss is Chief Economist and former Executive Director of The Australia Institute. He is a prominent Australian economist, author and public policy commentator, and former Associate Professor at Crawford School of Public Policy.

Dr Marija Taflaga is Director of the Australian Politics Studies Centre in the ANU School of Politics and International Relations. Her major research is on political parties and particularly the Liberal Party of Australia. She has previously worked in the Australian Parliamentary Press Gallery as a researcher at The Sydney Morning Herald and The Age.