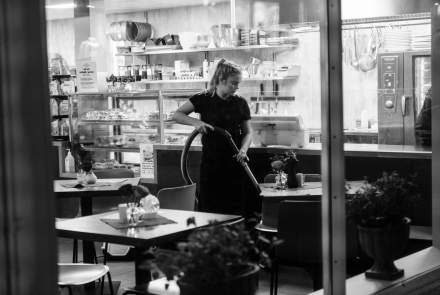 Photo by Steve Long on Unsplash

Robert Breunig is a Professor at Crawford School of Public Policy in the ANU College of Asia and the Pacific. Robert is also Director of Crawford School’s International Development and Economics Program. He teaches Economics for Government POGO8081 and regularly teaches in Crawford School’s Executive Education program.

JobKeeper is set to save the jobs of many Australians and fine-tuning the scheme could significantly boost its economic impact, Robert Breunig and Tim Watson write.

Before the announcement of the (then) $130 billion JobKeeper Program on 30 March 2020, Australia could have been on track to record an increase in unemployment in line with the United States.

The Australian Government’s combined health and economic security measures sent a strong signal to employers, markets, and the population as a whole that it was prepared to do whatever it took to shield the economy from the economic impact of COVID-19.

The recent data on Australian wages and payroll suggest that payroll employment declined by 7.3 per cent between 14 March and 2 May 2020, while April labour force data showed unemployment increasing by one percentage point to 6.2 per cent. On top of this, labour force underutilisation reached a record high of 19.9 per cent.

If these numbers continue to hold up, JobKeeper, in conjunction with other health, social security and business support measures will have been relatively successful in preserving employer‑employee connections.

However, how many workers retain their jobs once JobKeeper ends in September will depend on how quickly and successfully lockdown restrictions can be eased, consumer willingness and ability to resume normal economic activity, household saving decisions, international economic conditions, and the overall strength of demand in the recovery. Australia’s health and economic policy decisions can influence some, but not all of these factors.

It is also interesting to consider how JobKeeper stacks up in terms of value for money and economic stimulus potential. To begin with, Treasury continues to stand by estimates that JobKeeper will reduce the unemployment rate by five percentage points.

Economists Jeff Borland and Roger Wilkins have observed that this implies that around 686,000 jobs will be saved by JobKeeper holding the size of the labour force constant. Based on the more realistic assumption that a third of those who lose their jobs might also leave the labour force, this implies an estimate of 904,000 jobs saved, that they round up to a more generous one million jobs saved at most.

Depending on the preferred assumptions concerning jobs saved, this translates into a cost per job saved over the six-month program of roughly between $70,000 to $102,000. Converting these into cost per job-year saved terms equates to somewhere between $140,000 and $204,000.

These are potentially high costs per job saved, although this is probably to be expected and largely unavoidable in an economy that is still operating under significant physical restrictions.

Following the Treasury Secretary’s appearance at the Senate Committee on COVID-19, it was revealed that around 750,000 workers were employed but working zero hours in April.

While not all of these workers would be covered by JobKeeper, this information tends to suggest that the Program is probably currently tracking within the range of estimates of jobs saved.

Some additional considerations are also worth keeping in mind. JobKeeper is helping save hours worked within the economy as well as employment.

Hours worked in the Australian economy plunged by a record 9.2 per cent in April, and in its June Monetary Policy Decision the Reserve Bank of Australia notes that hours worked appeared to have stabilised in early May.

On the unrealistically strong assumption that JobKeeper will preserve the employment of all those workers that lost hours, that would translate to roughly 1.2 million jobs saved based on average hours worked. However, we know that not all workers who lose hours of work necessarily qualify or benefit from JobKeeper, not least because almost 600,000 workers lost employment between March and April. Nonetheless, it is at least possible that accounting for savings of hours worked could tilt estimates of costs per job saved towards the lower end of the suggested range.

On the other hand, Treasury has also released estimates suggesting that 850,000 workers could return to work by July if shutdown restrictions are significantly eased. While not all of these returning workers will be drawn from the JobKeeper pool, the return of more workers to employment points towards potentially higher costs per job saved under JobKeeper post-July.

Even acknowledging the significant uncertainty, JobKeeper is probably tracking towards the top of, or above, the range of estimates of costs per job saved associated with fiscal expansions identified in recent research, and it is certainly tracking above the average across those studies. Although, these studies do not relate to periods where physical restrictions were in place.

For comparison, the average estimate of costs per job-year saved by the American Recovery and Reinvestment Act (ARRA) of 2008 was $7,619 with a median of $52,632, and estimates for JobKeeper range between $26,316 to $131,579. While the numbers discussed here are obviously only suggestive or indicative in nature, they clearly point towards potential benefits of more tightly targeting JobKeeper going forward. So what changes could help reduce JobKeeper’s cost per job saved, improving its cost benefit calculus and stimulus potential?

First, JobKeeper payments could be capped at the lesser of all or a fraction of average fortnightly income over the six months to February 2020, or $1,500 per fortnight. It has been reported that 1.7 million workers stand to be paid more under JobKeeper than they were previously earning.

Paying people more than they were already receiving to willingly work is most likely unnecessary to prevent employment loss, and may even discourage some employees from accepting additional hours of work.

On balance, capping JobKeeper for those earning below $1,500 per fortnight should reduce the cost of the scheme without significantly discouraging employment, helping improve costs per job saved.

Second, the turnover test for JobKeeper eligibility only needs to be satisfied once between 30 March and 27 September 2020 for a business to receive JobKeeper subsidies for the remainder of the JobKeeper period.

One way to reduce the cost of the program while preserving employment as much as possible would be to retest business turnover on a monthly basis. As physical restrictions are eased, and the economy returns to normal, it would be expected that fewer businesses would satisfy a monthly turnover test. Rather than being given on the basis of expected drops in turnover, eligibility could be based upon real-time administrative data from the Australian Taxation Office.

This would also be a useful way to target JobKeeper towards more heavily affected industries and gradually phase out the Program over time helping avoid a ‘fiscal cliff’ scenario in October.

Further, approximately 950,000 casual workers who have been employed for less than twelve months are excluded from the scheme, as well as 900,000 temporary migrants with working rights, and employees of companies owned by foreign governments. Tightened eligibility rules for the university sector will also result in more university employees falling outside of the JobKeeper net.

Resources saved through payment caps and tightened turnover requirements could be redirected towards expanding JobKeeper coverage within excluded groups reducing costs per job saved. Alternatively, savings could be redirected towards infrastructure stimulus programs that are typically found to have amongst the highest employment and output multipliers, particularly as economic conditions normalise.

Given the inherent uncertainties of the current situation, policymakers should display a spirit of ‘bold, persistent experimentation’ to ensure that policy support is targeted towards where it is needed most and delivers the best possible return for taxpayers.

The payoffs to fine tuning emergency policy measures in response to new information and changing economic conditions could be significant.