Home » News and events » All stories » Chile during COVID-19: Prompting a rethink of our neoliberal approach 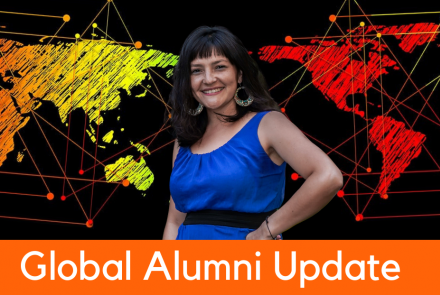 Chile during COVID-19: Prompting a rethink of our neoliberal approach

During the COVID-19 lockdown in the last months, “Hunger”, a word long forgotten since the 1990s, suddenly reappeared on walls of buildings, in streets, newspapers, and morning talk shows. To support areas with poor access to food, hundreds of soup kitchens organised by local communities started to appear providing free lunch for those in need. By all accounts, government officials were surprised by how quickly Chilean society collapsed, with large segments facing poverty and vulnerability as a result of the pandemic.

This prompts the question: How could one of Latin America’s strongest and most stable economies suddenly collapse?

The reason for this is that since the early 1980s, during Pinochet’s dictatorship, the so-called ‘Chicago Boys’ transformed government and social policies based on a neo-liberal approach. The basic principles of the neo-liberal approach adopted were:

• Redefine the purpose and objectives of social policy with the goal to eradicate extreme poverty via targeted social policy;• privatise social services and thereby reduce the space for public action, so the state only focuses on spheres where the private sector could not fulfill its role, thereby reducing social spending;• transforming the mechanism of financing and allocating resources, subordinating social goals to economy priorities; and• Transfer the management and administration of social services to the private sector and/or decentralized on bodies such as municipal government (Racynski, 1994, p.52-53).

As a direct result, the quality of social security, health benefits, housing benefits and education, depends on the insertion in the labour market, private income, and the residential characteristics of the family. But in a country with more than 70 per cent of its population are earning less than US $797 per capita (CIPER, 2020) and where 28.9 per cent of the population works in the informal sector (INE, 2020), depending on the formal employment to receive social benefits, crises such as the one triggered by COVID-19 makes evident how vulnerable families and individuals are since the protection net is inexistent or insufficient for nearly the entire population.

In fact, while the neoliberal approach’s initial success in tackling poverty was evident during the 1990s, it did little to ameliorate inequality. Poverty rates declined from 30.6 per cent by 1990 to 10.6 per cent in 2006 (Larrañaga, 2009), yet inequality remained high. The GINI coefficient, measuring differences in income across the population, stood at 0.48 by 2015 - one of the highest within countries of the OECD (Organisation for Economic Co-operation and Development) (UNDP, 2017).

Income inequality, meanwhile, also widened social inequalities. For example, a recent UNDP report about Chile’s inequality highlights that more than 40 per cent of people feel some kind of abuse as they belong to lower class (PNUD, 2017, p. 209). This is partially explained by the fact that public services provisions are “poorly” designed as they only target the very ‘poor’ as endorsed by the neo-liberal approach; but they fail to account for growing poverty among the middle classes. In fact, the equalising effect of taxes and transfer in Chile is the lowest among OECD countries (Causa & Hermansen, 2017, p. 30), meaning that public spending on social benefits is largely ineffective in tackling inequalities.

The policy failure in creating equality in social policy, by decreasing social inequalities, was eventually also highlighted by the violent outbreak of social unrest that attracted international attention. In October 2019, the eruption of social violence in this “Oasis”, as Chile was then called by President Sebastian Piñera, exposed stark socio-economic differences in the country. The word “dignity” took over every street, every banner and became the motto of the protest; the main city square and meeting point of the centre of Santiago, previously called “Plaza Italia”, now is popularly called “Plaza de la Dignidad” as people pursued a sense of equality in the provision of social services. But demands for dignity or a greater sense of equality are difficult to address as Chile is still locked in its tradition as the neo-liberal approach to social policy.

Indeed, the government’s reliance on a neoliberal approach to the COVID-19 crisis has proved inefficient. For instance, to address food insecurity and mitigate the 12.8 per cent unemployment rate, the government has delivered food supplies and provided cash transfers for 40 per cent for the poorest families - but after five months of food delivery, there are still homes that haven’t received them. Cash transfer took three months to be approved by the Congress since there was political dissensus about either targeting only poor families or adopting a more universal approach and providing cash also for middle-income families. The intensive testing approach adopted by the Government caused a delayed response, as well as administrative issues and it was difficult to identify individuals who needed the support because only the formally unemployed were considered despite a third of the population being employed in the informal economy.

Other policies were equally problematic: After the government denied an increment on social spending through cash transfer benefits to overcome the social and economic crisis produced by COVID-19, Congress approved to retire up to the 10 per cent of the individual capitalised pension funds, managed by a profit-oriented private system. Despite the positive impact for the economy in the short run by boosting consumption, negative impacts might be felt on future individual pension amounts, according to an OECD’s specialist opinion (El Mercurio, 2020).

The debate about the social policies approach is a central topic in political discussion, especially after October last year when we recognised how inequalities affect every aspect of society including the capacity to effectively respond to COVID-19. According to the national health statistics, the municipalities with the highest infections rates are also the poorest measured by the multidimensional index calculated on the household national survey. This confirms the hypothesis that low-income families keep working to cover their expenses, which accelerated their infection level, and it might be one of the reasons Chile has been among countries most affected (CoronaTracker, 2020).

After the violent outbreak in October last year, political parties agreed to discuss a new constitution ensuring greater equality by transforming the basic constitutional principles underpinning Chile’s society. Chilean citizens will vote on a plebiscite scheduled for October 25 this year to decide if they want to redefine their constituent values.

This outcome matters. While the constitution certainly won’t solve all the problems of the country, it has the potential to address the growing sense of unfairness and inequality within society, and help recalibrate decades of neoliberal policies underpinning social services and social security. What the outcome will be remains to be seen, but what is clear is that the new constitution has become a focal point for calls of greater equality with direct consequences for how social policy will be shaped in the years to come.