Home » News and events » All stories » COVID-19, Authority And Authoritarianism 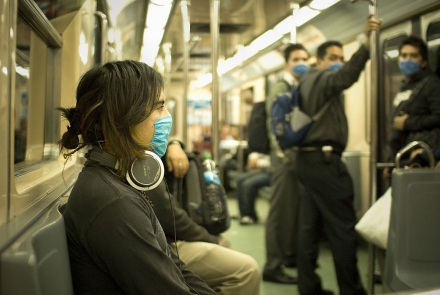 Adam is an applied ethicist, working on areas that cross over between ethics, technology and security.

In Victoria, for instance, there were a series of rolling protests against the Stage 4 lockdowns. Many of these protesters levelled accusations against the government, and Premier Daniel Andrews in particular, that the government had no authority to put people in lockdown, and that the Victorian government had become, authoritarian. As one business leader put it: “In a crisis you often need to go to command and control because time is of the essence around your decision-making. But it looks to me like the leaders are confusing good command and control with authoritarianism.” So we have a question here about the relation between COVID-19 and authoritarianism. While the need for emergency powers and extended government control to contain COVID-19 can pull us towards authoritarianism, this can occur in the ways that we might not expect.

I suggest that what we saw in Victoria has not been government authoritarianism, but an ‘individualist authoritarianism’. Many people protesting the COVID-19 lockdowns deny the authority of government, not because of what the government is doing, but because they consider that they only legitimate authority over themselves. Such a view takes a somewhat absolutist position on authority, that even in a situation where their own actions might put others at risk of harm, the government has no right to constrain their freedom. This can be a form of anarchism, but we are witnessing it taking a particularly individualist strain in response to COVID-19 lockdowns.

The long term worry is that this rise of individualist authoritarianism will place significant stress on democratic processes and can result in increased discrimination of vulnerable people. The COVID-19 “threat increases national cohesion which may result in greater solidarity but this solidarity seems to be limited to those who follow the rules of the majority. The minorities are rejected and lower status groups further oppressed when groups face emergencies.” As people seek to remove themselves from the social contract, attack democratic processes, and place their individual rights over that of society more generally, we have a risk to the overall integrity of our democracies and society.

There is a second style of authoritarianism which is also being expressed, both in the protests to the responses, and in alternate responses. What I’m thinking of here is whether people accept the authority of scientists, and experts more generally, or instead, advocate for the authority of the market, or some other system. The question here is not ‘is the government acting in an authoritarian manner?’, but ‘which authority do we accept?’. The answer to this question becomes even more complicated when we recognise that there are often different views within the scientific community. COVID-19 is forcing us to ask whether we accept the authority of scientific experts, the authority of ‘the market’ or some other ideology. If anything, what COVID-19 has done is force us to accept scientific authority as the authority. This disrupts the past thirty years of economic liberalism, where we have gotten used to the market being the authority. COVID-19 has now placed scientific authority at the forefront of decision making. So, if anything, it is not authoritarianism that we are witnessing, but a disruption in which authority is being listened to.

The interesting thing here is that granting decision making capacity to scientific experts is – in some ways – anti-democratic. This is based on the notion that the given scientific experts are not elected by the people. So, what value is representative democracy when we need to cede authority to non-elected experts? What we need to look for is when the ultimate decisions are still being made by the elected leaders. So, arguably, in a situation like Victoria, we are not seeing a usurpation of democracy. Rather we might be seeing our elected leaders listening to the relevant experts. We need to note that in many of the countries or regions whose responses to COVID-19 have been successful, their success matches with leaders who have listened to their public health experts. Bringing this back to authoritarianism, an irony of those protesting is that the less strict a lockdown a country has, the longer the country is likely to be suffering from worse COVID-19 outbreaks, which ultimately leads to more government reaction in the long term.

This is in no way to absolve governments of responsibility for policy failures around COVID-19 outbreaks. The Victorian outbreak was caused in part by decisions made by various people in government, and as some rightly argue, government policies to play a significant role in people’s decision making. The point is not that governments are infallible, but that those government decisions that follow expert advice are not necessarily authoritarian.Underneath all of these questions are issues of authority and government. Basically, in liberal democracies we grant authority to government and leaders by way of a social contract or some other mechanism. While controversial, and not accepted by all people, it is a descriptive fact that governments do have authority over their citizens. So, the COVID-19 responses are reminding us that the government has authority over us. The relevant question is not ‘does the government have authority over us?’, but ‘is that authority legitimate?’ Legitimacy in liberal democracies is bound up in a combination of process and constraint. For instance, did the majority of citizens vote for the relevant government, are those in power exercising that authority in a way that is in line with the principles and values of the populace, and will they be reversed once the threat has passed?While the responses of other countries are more in line with problematic forms of authoritarianism, we need a nuanced account of what authoritarianism is. Elected leaders following expert advice is not necessarily authoritarian, and in fact those who reject the policies needed to control and contain this outbreak may in fact be the authoritarians in this situation. However, as we’ve seen with the abandonment of the Andrew’s Government’s ‘arbitrary detention legislation’ in the COVID-19 Omnibus (Emergency Measures) and Other Acts Amendment Bill, states do need to be constrained. This law would have “allowed the government to make anyone an authorised officer with the power to arrest people with coronavirus, or their close contacts, whom the officer reasonably believed was “likely” to breach emergency directions.” Such a law would have given cause to the fears about government overreach becoming authoritarian. Even in a country like Australia, we do need to remain vigilant about the abuse of power by government; liberal democracies are hardly immune to a slide into authoritarianism, but the exercise of authority does not immediately mean authortarianism.