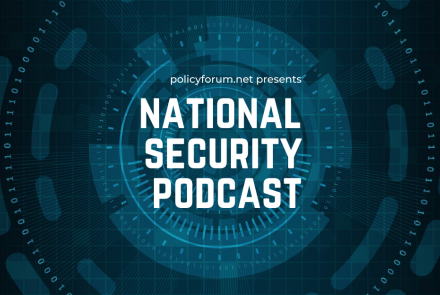 In this episode of the National Security Podcast, Greg Moriarty — Secretary of the Department of Defence — joins Rory Medcalf to discuss Australia’s defence agenda in a contested Indo-Pacific.

With Australia’s regional superiority eroding, defence modernisation and effective strategies are imperative for Australia’s defence forces. In this episode of the National Security Podcast, Head of the National Security College Professor Rory Medcalf speaks with Secretary Greg Moriarty on Australia’s efforts to develop and maintain a cutting edge military, defending Australia’s interests whilst maintaining good relations with Indo-Pacific nations, and how the Australian Defence Force retains its social license at a time when its integrity is being questioned. Listen here.

Greg Moriarty has served as the Secretary of Defence since 2017. Prior to his role with Defence, Greg has served as the International and National Security Advisor and the Chief of Staff to an Australian prime minister, as Australia’s Ambassador to Indonesia and Iraq, the Commonwealth Counter-Terrorism Coordinator and in numerous senior roles in the Defence Intelligence Organisation.

Chris Farnham is the presenter of the National Security Podcast. He joined the ANU National Security College in 2015 and is currently Senior Outreach and Policy Officer. Prior to joining ANU, Chris was a soldier in the Australian Army, and an analyst for think tanks and private intelligence companies where he focused on geopolitics and East Asian regional security.

We’d love to hear your feedback for this podcast series! Send in your questions, comments, or suggestions for future episodes to podcast@policyforum.net. You can also Tweet us @APPSPolicyForum or find us on Facebook. The National Security Podcast and Policy Forum Pod are available on Spotify, iTunes, Stitcher, and wherever you get your podcasts.