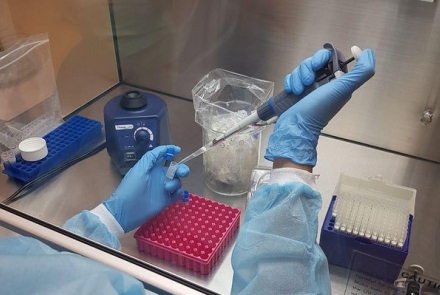 Snatching defeat from the jaws of victory?

Disclaimer: An Indonesian version of this article was published by The Conversation Indonesia on 26 February 2021.

After largely failing to contain COVID-19, Indonesia pins its hope on a nation-wide vaccination campaign. President Joko Widodo officially began the drive by receiving the first jab of Sinovac’s CoronaVac on 13 January 2021. Progress has been slow, however, and speed has become the center of debate lately.

In February 2021, Bloomberg predicted that Indonesia will need more than 10 years to vaccinate 75 per cent of its population if its vaccination rate remains around 60,000 doses per day. The Indonesian President responded by claiming that vaccinating 70 per cent of the population will take less than a year since there are 30,000 vaccinators, each serving 30 people per day. Governors of East and West Java were equally optimistic, targeting completion in their province within four and six months. Nationally, the Ministry of Health targeted completion in 15 months.

However, evaluating vaccinators’ supply and demand cast doubt on these numbers. Moreover, the vaccination speed is likely uneven across provinces. Next-door neighbours, such as Jakarta and West Java, may even finish two years apart. Such wide vaccination gaps risk undermining pandemic control and will require crafting effective policies based on accurate data.

Quantity and distribution are the key to speed

A key constraint on mass vaccination speed is the availability of vaccinators.

However, uneven vaccinators’ distribution plays a more critical role in determining this speed. For example, East Java with a vaccinators-to-target population ratio of 1 : 2,500 can conclude its campaign twice faster than Jakarta whose ratio is 1 : 4,900.

This calculation illustrates that vaccinators’ demand is driven by population. If West Java wants to vaccinate 70 per cent of its 48 million population, then 67.2 million doses must be administered. Assuming each vaccinator does 30 doses each day, it should prepare 8,700 vaccinators to finish the campaign in less than 260 working days.

Calculating by the same method, the quantity of vaccinators needed to complete vaccination in one year in East Java is 7,300, Central Java is 6,600, and Jakarta is 1,900. These four provinces host half of Indonesia’s population and account for over 60 per cent of the country’s COVID-19 caseload.

How about vaccinator supply?

Records shows that West Java hosts approximately 10 per cent of Indonesian healthcare workers in 2020, so it is likely that 3,000 of the 30,000 vaccinators reside there. With the same formula, East Java vaccinator supply is around 4,000, Central Java is 3,800, and Jakarta is 2,400.

These estimates may differ from reality. For example, the East Java Governor claims that the province has 11,300 vaccinators, while the Jakarta Health Department states that the capital has 1,500 vaccinators. Nevertheless, this calculation illustrates how the demand-supply gap dictates vaccination speed.

Data and cooperation key to success

The provincial vaccination timeline is then derived from these demand-supply values. If the estimate reflects reality and remains unchanged, only five provinces can complete their vaccination campaign in less than a year.

Jakarta – representing a quarter of the national caseload – may complete first in nine months. West Java, its immediate neighbour and the most populous province with the second highest caseload, looks to be last with 34 months. Central and East Java (not shown in the figure) will complete their vaccinations in 21 and 22 months, respectively.

Note that East Java and Jakarta’s timeline are calculated based on the estimated supply of 4,000 and 2 ,400 vaccinators. If actual vaccinator quantity in East Java is tripled as claimed, then its timeline will shrink to around eight months. However, if Jakarta indeed has 900 less vaccinators, its campaign will stretch to 15 months.

However, finishing fast does not necessarily mean a province will be pandemic-free.

Whichever province becomes the “vaccination champion”, it remains at risk because the virus can hitchhike inter-province and threaten the unvaccinated 30 per cent. Porous provincial borders also allow infiltration by new virus variants capable of circumventing vaccine-induced immunity, thereby renewing infection risk for the 70 per cent who were already vaccinated. Cooperation – not competition – stands a better chance of winning against this pandemic.

Vaccination is not a race

Although speed is important, vaccination is not a race. Both the UN Secretary General and the WHO Director General have expressed concerns that vaccination inequity allows the SARS-CoV-2 virus to continue circulating the globe and mutating in the process. The same lesson applies for Indonesia: no province can successfully control COVID-19 until all provinces have brought it to heel.

The calculations highlight a few issues that should be addressed immediately.

Firstly, although Bloomberg data shows that Indonesia has reached an average of over 200,000 doses per day, this is still far below the 900,000 target. Furthermore, 30 doses per vaccinator per day seems too high of a standard as simulations in West Java and Jakarta find that the service speed is likely half of that. Lastly, vaccinators need vaccines to administer, so storage and distribution bottlenecks must be resolved quickly.

To address capacity gaps, neighbouring provinces can pool vaccinators and cold chain capacity together. Furthermore, the Ministry of Health can take a coordinating role to monitor and direct resources flow between these pools.

In the global fight against COVID-19, nobody is safe until everyone is safe.